Jean LaFitte - Legendary gulf pirate, Is some of his gold still buried here? 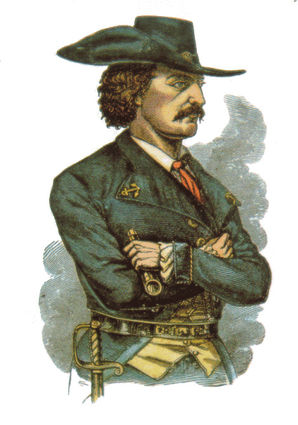 Jean LaFitte, that colorful character who roamed the Gulf Coast in the early 1800s was said to be many things - smuggler, pirate and patriot.

His game was spread far and wide and there were those who feared and hated him.

There were also those who considered him a hero.

He had been credited with much, and accused of plenty, yet there is doubt even of the year of his birth and of his death.

He was thought to have been born in 1780 in France and died about 1826 either in exile in Yucatan or in battle.

In 1810 he reigned over a band of outlaws headquartered on Grande Terre Island in Bartaria Bay in the Gulf of Mexico.

He and his brother, Pierre were in command of a fleet of ships that were used to raid both Spanish and neutral vessels in the Gulf although his ships flew the flags of the Central and South American countries that were revolting against Spain.

When the Governor of Louisiana offered a $500 reward for LaFitte's capture, the pirate offered $1,500 for the governor's head.

In 1814 the British, who were at war with the United States, offered the pirate a pardon, a captaincy in their navy and $30,000 if he would aid them in an attack on New Orleans.

LaFitte refused, informed the United States of the British plans and offered the services of the Bartaria smugglers to the U.S. He fought with General Andrew Jackson in the battle of New Orleans and received a pardon by President James Madison.

He moved his headquarters to Galveston Island where he established a town called Campeachy and went back to the pirate's life.

When he raided the Louisiana coast and scuttled an American ship, the United States sent an expedition in 1821 to destroy the Galveston pirate colony.

Setting aside his swagger, LaFitte quietly yielded like the gallant gentleman he was, buried his own town and sailed away.

The fact that he did from time to time sail up the Neches and Sabine rivers has been substantiated.

Whether or not he buried treasure of any sort in this area is debatable.

The tales are many and occasionally bits of evidence are turned up to indicate the possibility of some of them being true.

For instance, in 1904 something occurred that seems worth repeating.

While workmen were removing an old stump from the premises of Captain Bolen on Fourth Street, they discovered a section of log chain almost in the center of the old tree that was said to have been at least five feet in diameter at the ground.

How did the chain come to be within the heart of this old stump? Captain R.E. Russell came forward to offer a possible explanation.

He said he well remembered when some of the large trees in the city were only switches, including the large oak in front of Rouse's Racket Store.

Therefore, he said the stump may not have been more than 75 to 100 years old.

The chain, Captain Russell was quoted saying, "Could have been placed in an opening of the tree while it was a sapling and as it grew older and larger, it enclosed the chain.

It was also related that a few years previous workmen cutting timber for shingles in Nacogdoches County had cut a pine tree measuring  about three feet at the ground and when the butt end of this has been sawn off a curious thing was discovered.

The heart of the tree to the extent of about six inches in diameter was loose from the outer part and partly covered with a well defined bark.

On one side of this inner surface there were 13 cuts evidently made with some kind of metal instrument.

From this inner bark to the surface bark of the tree were 283 wood rings, each of which is believed to represent one year of the life of the tree.

Therefore, the tree must have been a sapling at the time the 13 cuts were made.

Using the rings as a gauge, that would have been 283 years from the tim the cuts were made or about the year 1620.

Now, since this was the year the Pilgrims were landing on Plymouth Rock, who in the world was down in East Texas making marks on a tree with some kind of metal object? Could it have been a Native American, or perhaps some poor straggler of Narvez's lost expedition or a survivor of de Vaca's unfortunates? But that is neither here nor there, so back to the chain in the tree in the yard of Captain Bolen.

Was it perhaps placed there by Jean LaFitte or one of his crew as a navigation mark - or better still did it mark the spot where the pirate treasure was buried? It was said that the buccaneer amassed great treasure of gold and silver during his career as a pirate along the coast of Texas and Louisiana.

Legends tell of the belief that it was buried on the island and along the coast, and even inland when he would sail his vessels up the rivers.

The old settlers told tales of LaFitte and his men hiding in the river swamps when hunting parties searched the Gulf of Mexico for the pirates.

Indeed there is a place about midway between the mouth of the narrows and Niblett's Bluff called Forty Guns in the Old River where a 14 mile long island, long claimed by Louisiana, divides the Sabine near West Bluff.

These trees grow in a peculiar shape somewhat resembling the outline of a sailing ship and legend says that one of the famous pirate's ships lies buried in the mud below.

Attempts to locate the boat have failed but one piece of evidence may still be there.

This is a brass cannon which has been sighted about 25 feet out from the trees and the island.

It is believed that a second boat may also have been sunk further up the river near the pumping station.

Attempts at salvaging for historical purposes have failed.

The latest theory, based on the recent discovery of a "diary," is that when the camp in Galveston was destroyed by a hurricane, Lafitte married and moved up to Alton, Illinois.

There he became passionate about furthering the cause of the working man.

He was even supposed to have contributed some of the money he had once robbed from the rich to aid the work of Karl Marx.

All that is known for certain is that Lafitte's Brother Pierre died in Missouri in 1844 and was buried in St. Louis.

Pierre's children have been quoted as saying that their "esteemed" uncle changed his name to Jon Lafflin and dropped out of sight.

Napoleonic groupies are convinced that the Emperor, John Paul Jones, and the pirates Lafitte are buried together in Lafitte Cemetery on Bayou Barataria.

Another American historical group erected a monument to the pirate in 1976 at a grave-site at the village of Dzilam de Bravo, near Merida, on the Yucatan peninsula.

They believe that Jean died of yellow fever off the coast of Yucatan in 1826. 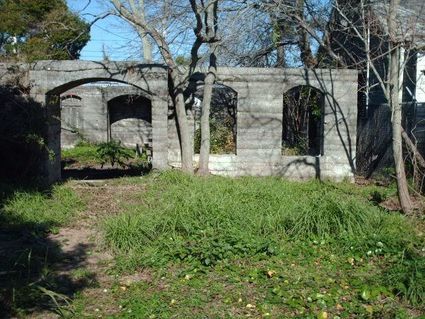 So it is quite possible that the swash-buckling pirate did indeed invade the Texas waters.

If he buried any treasure is the question for if any was ever found, the finder didn't tell.

But take heart, it still may be there.

Get our your metal detectors, your shovels and gunnery sacks and start looking - Uncle Sam will probably take it away from you, but look at the fun you could have.