The life and death of Bobby Charles 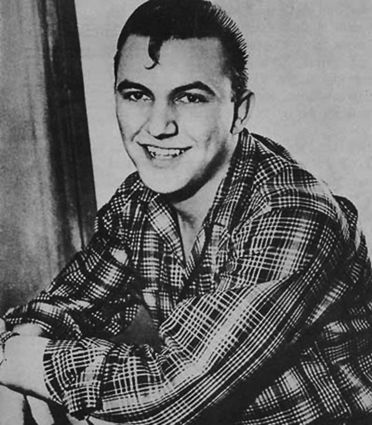 Doing it his way made him a legend It seems ironic that the day after I wrote in this column about Ned Theall’s death I would get a call from Jivin’ Gene informing me Bobby Charles had just died. I had mentioned, in the Theall column, that Bobby was the only one from the original group of talented youngsters that I had grown up with who was still living in Abbeville. In fact, after the World War years things started to change in our Cajun community in many ways. A group of youngsters, boys and girls alike, came along that displayed a lot of talent in many forms, not just musically but in other fields as well.

Many went off, did well and never returned.

There is so much I could write about Bobby Charles that I don’t know where to start, plus the space of a column can’t cover it all.

By going back to the beginning and hitting some high spots along the colorful road in Bobby’s life I might give the reader a glimpse into the talented life of a boyhood friend.

Born Robert Charles Guidry, his dad drove a gas company truck. They were poor but Bobby always dressed a little better than the rest of us. By the time he was 12 he was hanging on the streets with us older guys. We gathered at St. Mary Magdalene Square, play games and have sing-alongs. On the weekend we would hangout in front of the Black nightclub and listen to the black artists – Ivy Joe Hunter, Joe Turner, Ella and other groups. Bobby Guidry, as we called him, had a good voice. He could sing all of Hank Williams' and Frankie Lane songs.

I started writing some school plays, skits as they were called, in the sixth grade. I would cast my friends in the parts. We preformed in all the classrooms. When I got to high school I wrote plays we performed to the student body from the big auditorium stage. I put Bobby in one skit and he sang a couple of Frankie Lane songs.

Bobby joined a band when he was 14; Warren Schexnider (Storm) was already in his dad’s band.

Bobby was writing songs when he was 13, songs a few years later that were recorded by Chess Records. His big break came when, at age 14, he was leaving the Midway Restaurant with my late friend Maxie Thibeaux when he called out to Gater Mouton, “See you later alligator” and the response came back, “After while crocodile.” Bobby stayed up the rest of the night and wrote his signature song, “See You Later Alligator, After While Crocodile.” It became a hit for Bobby on Chess, a Chicago based R&B label and an even bigger hit when recorded by Bill Haley and the Comets in 1955.

Later Bobby started releasing material on the Imperial Label and on other labels also. He moved to Woodstock, N.Y., in 1965. In 1972, he started releasing songs again. He eventually began putting out albums and CDs with collaborators Neil Young, Dan Penn, Willie Nelson, Rufus Thibodeaux, Fats Domino, Delbert McClinton and others. His biggest contribution to music became his song writing.

Record editor Jerry Childress and I visited him at his Holly Beach, La., home, where Gatemouth Brown was his guest.

He told me that the way Fats Domino’s signature tune, “Walkin to New Orleans,” came about was that Fats had called and asked him to come to New Orleans.

Bobby told Fats he was so broke that if he went, he would have to walk to New Orleans.

Fats responded, “Well start walking.” Then and there he wrote the hit.

Later he wrote Clarence Frogman Henry’s biggest hit, “But I Do,” that made the Forrest Gump movie soundtrack.

He appeared with Dr.

John at the Band’s 1978 farewell concert. The filming made it into the movie, “Last Waltz.” Bobby collected royalties on both movies.

As a teenager, Bobby perfected the voice of the black artists he had sung along with.

When he called the Chess label in Chicago and sang “Later Alligator” to them on the phone, they agreed to sign him to a contract. He flew to Chicago; they were surprised to learn he was white. He joined the all black band and was the only white boy on the bus. Not all audiences appreciated such integration in the 1950s.

The threats and the bullets in his direction put an end to his touring.

During our visit to Holly Beach, Bobby gave me a collection of his albums that were lost to me in Hurricane Ike. Bobby’s home burned down years ago and he had lost nearly everything, then Rita took the rest of his memorabilia.

Bobby was a Pisces, he loved to be around water. He had moved back to his eight-acre place with large live oaks on the banks of the Vermilion River out of Abbeville near Maurice. South Louisiana was special to him even though he lived as a recluse. When I asked if he ever visited with old classmates he said, “I love them as friends but we don’t have anything in common to talk about. They wouldn’t believe what I’ve been through anyway.” He said he and I were the strangest of the bunch. I’m not sure about that.

What’s really amazing is that Bobby couldn’t play an instrument and even more amazing, he couldn’t read music. He didn’t know one cord from another. All the cords appeared in his brain. He would sing a song that popped in his head fully formed, music and all into the nearest answering machine. Often he would call home and sing it into his own answering machine.

I last saw Bobby at Shucks Restaurant in Abbeville last year. He gave me his new phone number. I never called. I’m bad about that until it’s too late. He came into Shucks every noon. Before he even got out of his car the waitress started making a Grey Goose martini. He sat in the same chair, drank six and ate a bowl of gumbo. A daily routine.

He told me he was working on a new album.

He had recently fallen and injured his back but stayed focused on getting “Timeless,” the new album out.

Mickey Raphael, Willie’s harmonica player, Neil Young and other friends will appear on the CD. His manager for many years, Jim Bateman said, “It’s like Bobby had a premonition, he was obsessed with getting it out.

He didn’t make it however; he collapsed at his home on Jan. 14 but he saw and held the final design for the album’s art work. 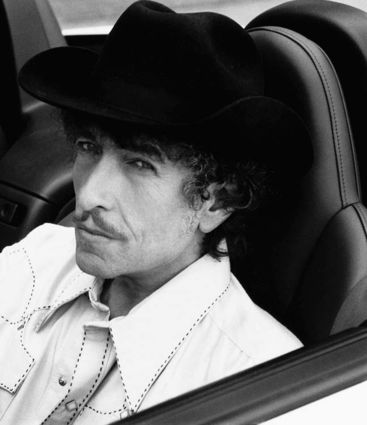 It’s sure to be a collector’s item and so will his 2004 collection of rarities, “Last Train to Memphis” and his 2008 album with Dr.

John, “City That Can’t Forget.” Bob Dylan said about that album, “The boy could sing like a bird, he still does as a matter of fact.”

Robert Charles Guidry has sung his last song but he left many behind that will last through time. Little did we know what turn life’s highway would take for us. Another talented kid from Abbeville done gone.