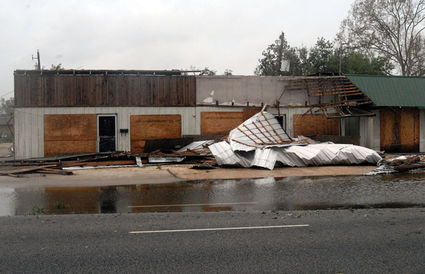 Two years later, most of the area businesses have reopened following Hurricane Ike, but it is not smooth sailing for many of them. The downturn in the economy lately has slowed many’s recovery.

Several Bridge City businesses have been counting on the forgivable loan program to help them in their recovery, including The Record Newspapers. The production and editorial office has been dislocated to Orange since the storm. The program consists of loans in amounts of $10,000-25,000 based on number of employees and other criteria. If the business continued to operate for one year after receiving the loan, half of the loan would be forgiven. After a second year of operation, the remainder of the loan is forgiven. Sadly though, those funds have not been disbursed, and many businesses have been denied for one reason or another.

Currently only 11 businesses in Bridge City have been approved, while Beaumont, which had no flooding and no where near the same damage, has 32 businesses approved, said Dubose.

“We have to get those people over here so they can see what happened.” He says a meeting will be held in Bridge City at an undetermined time.

“I don’t know when it will be,” but he intends to make it happen.

According to Dubose, one business was denied because a paper wasn’t notarized, even though the claimant called and asked to make sure his application was complete. “We could have notarized it at my office,” said Dubose. Some have been thrown out because the credit reports they submitted did not have a credit score on them. The committee considered them ‘incomplete.” Dubose said credit reports customers order don’t always have a FICO score on them.

Luv Lingerie is just one of the many businesses struggling for survival after Hurricane Ike. Lou Raburn purchased the shop Nov. 17, 1989. Certified fitters of breast prosthesis and bras, she and her daughter, Pam Vincent kept expanding and growing the business. “What started as a small lingerie shop grew to be a successful specialty shop,” said Vincent. “...because of years of loyalty from customers and friends.” Raburn and Vincent state their success comes from a lot of hard work, long hours and caring about people.

The building that housed Luv Lingerie was damaged beyond repair. At first they didn’t know if they would ever reopen, but everywhere they went, women were begging them to reopen the shop.

Vincent purchased the business from her mother and reopened in a new location in June 2009. “It has just been such a blessing to me. That’s why I reopened.”

Playing a big part of getting the business back up and running was Vincent’s husband Bobby and his daughter Julie Foster. Part-time employee Penny Benfield was also a great help. Benfield has worked at Luv for three years. Vincent said Benfield put in many long hours without pay cleaning up and prepare for the store’s reopening. 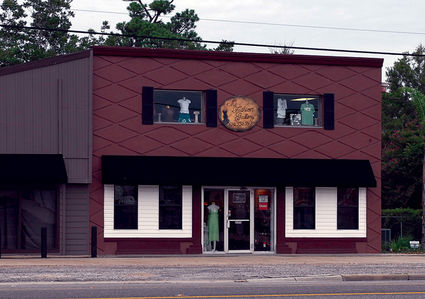 Vincent said with all the economic distress in the area, everyone is hanging on to their money, because they don’t know when those loans are going to come through. “I haven’t been able to draw a paycheck from the store in months,” said Vincent. She can only afford to pay Benfield to work three days a week.

She said a rumor got started that she had received her loan. “Believe me, I haven’t.”

Vincent gets calls from other businesses inquiring on information about the status of the loans all the time, but she doesn’t know much more than they do. She also is still waiting.

Some people have confused a separate business located on the second floor above Luv Lingerie, The Fashion Gallery as being part of Vincent’s store. The shop, owned by Lisa Roberts, is a consignment and co-op boutique that opened up in January. Luv Lingerie is located at 2215 Texas Ave.