Synthetic cannabis is worse than marijuana 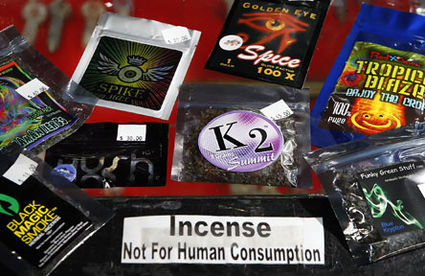 According to the U.S. Drug Enforcement Administration, smokable herbal blends marketed as being “legal” and providing a marijuana-like high, have become increasingly popular, particularly among teens and young adults.

K2 and Spice are the most common brands of the synthetic cannabis products being sold.

The U.S. DEA went on to explain that these products consist of plant materials that have been coated with research chemicals that mimic THC, the active ingredient in marijuana.

WebMD.com states that these products are spiked with powerful designer drugs and don’t show up in drug tests. Initial tests found no illegal substances and didn’t detect the active ingredients that could explain the “high” produced in users.

Although the synthetic cannabis drugs have been sold in local shops and over the internet for years, they have never been officially tested in humans. According to WebMD.com, nearly all of the chemicals used to make synthetic cannabis were created for experimental use in animals and cell cultures, not humans.

Sergeant Robert Bergeron with the Bridge City Police Department said that the side effects of using synthetic cannabis are: hyperventilation, anxiety, agitation, seizures and in rare cases, death. Some other side effects include elevated heart rate and elevated blood pressure.

The biggest issue with this drug is the fact that since it isn’t regulated, there’s no set recommended dosage. Also, since it is relatively new to the market, long term side effects have yet to be determined.

Furthermore, one of the chemicals used to make this drug, JWH018, and it’s cousins have a chemical structure with known cancer-causing agents (WebMD.com). JWH018 inventor, John W. Huffman, PhD, told WebMD.com that “It’s like playing Russian roulette to use these drugs. We don’t know a darn thing about them for real.”

In November 2010, the U.S. DEA used its emergency scheduling authority to temporarily control the five chemicals used to make fake cannabis. Except as authorized by law, this action will make possessing and selling these chemicals, or the products that contain them, illegal in the U.S. for at least one year while the DEA and the United States Department of Health and Human Services do an in-depth study to see if these products should be permanently controlled (US DEA press release).

Also according to the US DEA, they have received an increasing number of reports from poison centers, hospitals and law enforcement regarding these products. Fifteen states have already taken action to control one or more of them.

DEA Acting Administrator Michele M. Leonart said in a press release, “Makers of these harmful products mislead their customers into thinking that ‘fake pot’ is a harmless alternative to illegal drugs, but that’s just not the case.”