How will lockout affect 2011 NFL season? 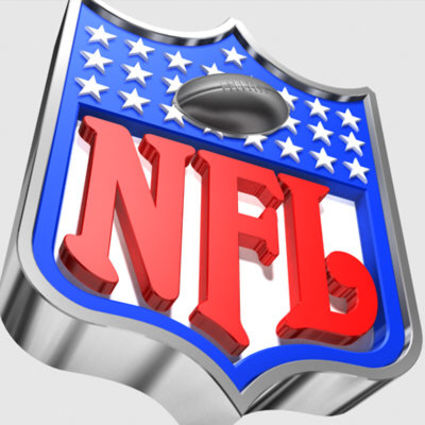 Now that the 4 1/2-month lockout is a thing of the past and all the National Football League teams are in the early stages of their respective training camps, one of the big questions facing those who follow the game closely is what did those 136 days off do to this billion dollar product we will see in another month?

Some of the usual scenarios that normally prevail before training camp begins such as preseason quarterback controversies, free agent signings and key training camp injuries were all compressed into a few days last week.

A recent issue of USA Sports Weekly pointed this out and interviewed several analysts from various media outlets and got some angles that have not been mentioned by the sports gurus.

NBC’s Cris Collinsworth doesn’t think the start of this upcoming season will produce below-average regular-season action. He points out that fans shouldn’t minimize the off-season preparation that has been lost. “In the NFL, football is taught year-round,” he said.

However ESPN’s Ron Jaworski doesn’t see it that way. “I’ve been the consummate believer that teams are built in the off-season. Call that off-season training mandatory or voluntary or whatever you want, but that’s when you develop esprit de corps, play some golf together, have a couple of beers,” Jaworski recalls.

“And with the lockout, lots of guys didn’t get proper rehab from their team trainers and team physicians,” he continued. “And players like Michael Vick, after coming to the Philadelphia Eagles last year, need this off-season to work with his coaches and really get to know his receivers.”

The NFL Network’s Mike Mayock suggests that the regular-season progress will unfold more slowly. He expects more basic play and more game time for veterans early, “but as the process moves forward, rookies and other young players will integrate into the lineups and the quality of play will get better.”

NFL Network analyst Steve Mariucci, a former NFL coach, points out that normally coaching staffs plan their pre-season practices down to the minute. “Then you go on vacation and come back a just follow the script, Mariucci remembers.

“Now you have fewer practices and 27 new offensive and defensive NFL coordinators. I just hope owners and fans are patient,” he added.

Collinsworth suggests the lockout will figure into all kinds of talk this season—from whether it led to player injuries to whether it is what led to teams ending up struggling. “There’s going to be some wild speculation about this season,” he concluded.

Teams that will be affected the least should be the more stable franchises like the Pittsburgh Steelers, Philadelphia Eagles, Baltimore Ravens, Green Bay Packers, Indianapolis Colts, New England Patriots and the New York Jets, according to USA Today Sports Weekly.

Their coaching staffs and systems have been in place for years and these largely seasoned teams won’t be hurt as much as others who need more hitting, technique work and live repetitions in practices.

Many non-players around the league had to endure pay cuts and furloughs. But many will recoup their losses and those who count on jobs revolving around NFL Sundays won’t be left out in the cold.

Injured players weren’t able to enjoy the supervision of team medical personnel or the availability of team facilities as they try to convalesce for the 2011 NFL season. Indy quarterback Peyton Manning is a prime example of this situation caused by the lockout.

Eight new head coaches started from square One since late July rather than in mid-March. Leslie Frazier (Minnesota), Jason Garrett (Dallas), Hue Jackson (Oakland) and Mike Munchak (Tennessee) are at least familiar with their teams after serving on staff before their promotions.

John Fox (Denver), Jim Harbaugh (San Francisco), Ron Rivera (Carolina) and Pat Shurmur (Cleveland) have a lot more ground to cover as they try to restore the prominence of some of the prouder franchises in the league.

None of the drafted rookies were able to make an on-field impression on their respective coaches, learn their playbooks or be fiscally compensated as their predecessors in the first round.

For example, this year’s top pick Cam Newton could earn at least $22.03 million over his first four seasons and the Carolina Panthers have an option worth $14.3 million for Newton’s fifth year. By comparison top pick Sam Bradford was guaranteed $50 million by the St. Louis Rams in 2010 and could earn up to $78 million over his six-year contract.

And the undrafted rookies will be even more hamstrung than those drafted as they battle for playing time and practice repetitions while trying to understand sophisticated playbooks.

And last, but not least, the lawyers have collected their exorbitant fees from the lockout and now will have to wait at least a decade before their next major consult.

KWICKIES…New England Patriots head coach Bill Belichick must be a glutton for punishment. After recently signing Washington Redskins biggest nightmare in 2010, pass rusher Albert Haynesworth-- one of the biggest free agent flops in NFL history-- he turns around and brought in Chad Ochocinco, the mouthy wide receiver from the Cincinnati Bengals in one of the biggest hauls of problem players through trades in recent years. Belichick says he will count on his veteran leaders to make sure the two newcomers buy into the selfless approach his team is noted for.

Dallas Cowboys’ quarterback Tony Romo had a gigantic day Sunday in the team’s Blue-and-White scrimmage, connecting on 16-of-20 passes for 150 yards and three touchdowns. Now the pundits are scratching their heads wondering whether the Cowboys’ offense is running like a well-oiled machine this early—or is the Dallas defense, supposedly revamped behind swaggering new defensive coordinator Rob Ryan, not nearly as improved as Cowboy coaches had hoped?

Adam Scott won the World Golf Championship-Bridgestone Invitational at Firestone Golf Club in Akron, Ohio by four strokes last weekend. Although it was a big win that netted Scott a $1.4 million payday, it was an even bigger win for his caddie Stevie Williams, who was recently fired by Tiger Woods after carrying his bag for 12 years. “I’ve caddied for 33 years—145 wins now—and that’s the best win I’ve ever had,” Williams told CBS Sports on the 18th green Sunday. Incidentally, Tiger finished with a one-over-par 281, some 18 strokes behind Scott.

And speaking of Scott, Orange’s Scott Sterling put together rounds of 68-66-66-67—267 to finish tied for 12th place, five strokes off the winning pace of J.J. Killeen in the Nationwide Tour-Cox Classic played in Omaha last weekend.

Things haven’t gotten any better for the Houston Astros as they were swept by the first-place Milwaukee Brewers in a three-game weekend series at Minute Maid Park. Sunday’s 7-3 loss dropped the Astros 40 games below .500 (37-77) and 27 ½ games behind the Brewers in the NL Central Division. It marked the third time in franchise history the Colt .45s/Astros have dropped 40 games below .500. However, the last two times this occurred, it was in September. All signs point to this being the worst team in franchise history. However, the only way the Astros can reach the 100-loss mark in August is to lose all 23 games remaining this month. I’ll call Vegas and see what the odds are.

Earl Thomas fans can watch him in action tomorrow (Thursday) when his Seattle Seahawks take on the San Diego Chargers at 7 p.m. on ESPN.

JUST BETWEEN US…A strange phenomenon occurred Sunday while playing golf with Craig Couvillion at Sunset Grove Country Club. With a Southwest wind slightly blowing in our face at the Par-3 No. 14 hole across the water, Craig hit his normal club that came up short and hit the top of the bulkhead near the water, took a high bounce and landed on the green. I hit my regular club and it, too, was short, hit the top of the bulkhead and also flew on the green. We both two-putted for pars and felt fortunate to have missed going into the drink and taken at least a double-bogey, because most drives that hit the bulkhead end up in the water.