No boundries for domestic violence 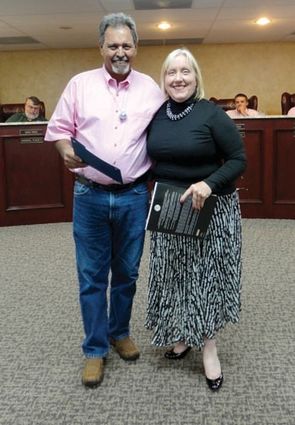 For victims of domestic violence, paying the bills and feeding their families are not the only concerns to occupy their mind; they also worry about bruises and broken bones and what kind of mood their partner will be in tonight.

According to the dictionary, the definition of domestic violence is any abusive, violent, coercive, forceful, or threatening act or word inflicted by one member of a family or household on another can constitute domestic violence; it stems from one person’s need to control another in order to feel powerful.

When the one who needs to dominate is losing power whether perceived or real in other parts of life, it is their partner who bears the brunt.

Research conducted by Murray A. Straus of the University of New Hampshire and Richard J. Gelles of the University of Rhode Island, both found that approximately four million people each year are victims of some form of domestic assault, ranging from minor threats and thrown objects to severe beatings.

For Susan, who for safety reasons cannot give her full name, domestic violence was part of her life every day. She never knew what she was coming home to at the end of her work day. Sometimes her husband was loving and affectionate while most of the time the trouble had been churning all day and exploded once she walked through the door. The next day when she returned to work, she covered the newest bruises with clothing or makeup.

According to a Texas Council of Family Violence survey, Texans demonstrate a willingness to blame domestic violence on circumstances beyond an abuser’s control and on the victim, rather than acknowledge the abuser’s culpability.

“To be clear, violence is a choice,” said Cindy Fertitta, primary prevention specialist/education coordinator at the Rape and Suicide Crisis Center.

Abusers prey on their partner’s weaknesses which eventually drives the victim to doubt themselves or their ability to do anything right. Abusers use mind games, threats, promises and apologies.

Those who have studied domestic violence believe that it usually occurs in a cycle with three general stages.

Next, the abuser explodes at some perceived infraction by the other person, and the abuser’s rage is manifested in physical violence.

Finally, the abuser “cools off,” asks forgiveness, and promises that the violence will never occur again.

At that point, the victim often abandons any attempt to leave the situation or to have charges brought against the abuser, although some prosecutors will go forward with charges even if the victim is unwilling to do so.

Typically, the abuser’s rage begins to build again after the reconciliation, and the violent cycle is repeated.

“It is a vicious cycle,” Fertitta said.

After a particularly violent beating from Susan’s husband, he promised he would never do it again. For almost a week he was the “perfect husband.” However, she could feel the tension brewing and knew trouble was coming towards her like a freight train out of control. She was clearing the dinner dishes from the table when the fight began. Susan saw the angry scowl on his face as he came towards her. She knew what was about to happen and prepared for the first blow since she knew there was no escape.

Victims are often isolated from friends and family. It is not uncommon to ask why a victim stays in the relationship. The better question is, “What are the barriers that prevent a victim from leaving an abusive relationship?” according to Fertitta.

Domestic violence, once considered one of the most under reported crimes, became more widely recognized during the 1980s and 1990s.

But, there are many reasons why it is not reported. Some include fears of physical harm, being found and killed, economic instability, losing their children in the court system, leaving their family pet or just the fear of the unknown. Many victims also suffer from guilt, embarrassment and low self-esteem. Some feel they don’t have a support system or a place to go. Many others still love their abusers during the periods of calm, nurturing and love between the incidents of violence.

Susan never wanted her marriage to end, but just for the abuse to stop. It was the reactions from her children following an abusive night of yelling and crying which lead her to decide to leave it all behind. She felt as though she was letting them down and scarring them for life.

“I just couldn’t take it anymore,” she said. “I didn’t want the kids to go down the same road as me or their father.”

In addition, there are many other children who witness family violence. Research has shown a lot of them are likely to abuse their partners or become victims after reaching adulthood. Then their children will also be affected as well. The cycle can continue for generations, according to Fertitta.

Domestic violence can happen to anyone. It happens to couples who are married, living together or dating. Domestic violence affects people of all socioeconomic backgrounds and education levels.

“No one is immune,” Fertitta said.

According to the Centers for Disease Control and Prevention, the cost of intimate partner violence exceeds $5.8 billion each year in health care costs and lost work productivity. This estimate does not include the costs incurred by law enforcement agencies responding to and investigating domestic violence calls. It also does not factor in the amount of time and money spent in other branches of civil and criminal legal system.

“Family violence is not a woman’s issue,” Fertitta said. “It is a societal issue that needs attention from all of us. It will take all of us working together to end domestic violence.”