Dannarriah Finley would have been 17 on her birthday July 22, but her life was taken from her when she was just 4 years old. Orange still mourns the loss of a little girl who was taken from her home on July 4, 2002. Her lifeless body found four days later near the water’s edge in a remote part of Pleasure Island in Port Arthur.

All that remains of the young girl’s life is memories and a few belongings. Her gravesite marks the place where her tiny body was buried. Among the pine needles is a faded photo of her during happier times and some tattered, sun-bleached artificial flowers . The house where she once lived was destroyed in 2005 during Hurricane Rita when a tree fell through it. Since then the city of Orange has removed the remains of the place she once called home.

As the nation was preparing to celebrate the Fourth of July holiday, Dannarriah’s killer had plans of their own and had taken her from her bed late that night. Jamie Arnold, Dannarriah’s mother, reported her missing from their residence located in the 1000 block of 4th Street. Arnold told investigators she had last seen her daughter asleep at 4 a.m. in a white floral shirt and purple shorts. When she awoke at about 10 a.m., her daughter was nowhere to be found.

Arnold told the officers it was not uncommon for her to leave the front door unlocked at night because her mother often came by the house. Once the news was out, the city was flooded with volunteers to help search for the 4-year-old girl with the shy smile and long braids. Some volunteers brought helicopters and horses. But it was a pipeline inspector on July 8th who discovered the body.

Everyone held their breath while they waited for autopsy result.

Their worst fears came true when it was determined the body was indeed Dannarriah’s even though she was 27 miles from her residence.

Soon after Dannarriah’s body was found, Orange police distributed a picture of a pink, flowered bed sheet in hopes information would come forward.

As a result, police were able to collect new leads, some of them proved to be beneficial while others were dead ends.

The bed sheet’s pattern had been discontinued and was like the one that Dannarriah’s body was wrapped in.

Autopsy results would also confirm she was sexually assaulted before being strangled to death.

It is believed the suspect wrapped her body in the sheet that fateful night.

In the days that followed a funeral service was planned at Mount Zion Baptist Church. More than 700 mourners arrived to say goodbye. Her tiny body lay in a white casket next to several school photos along with about a dozen pink floral arrangements.

Dannarriah’s mother and father, Johnny Edwards, sat in the front pew near the casket. Also in attendance were her sisters which were ages 2, 6 and 8 years old at the time. They would grow up never really knowing their sister.

Danniarrah attended North Early Learning Center in the pre-kindergarten program. Teachers at the center lovingly put a photo album together filled with pictures of various school functions. The album was then presented to her family.

Detectives from Port Arthur joined forces with OPD to work on the case. Also involved was the Federal Bureau of Investigation and the Texas Rangers.

Investigators take the case from the shelves of boxes about every six months in hopes to take another look and perhaps see something different. They remain hopeful a new tip will come in to solve the case which is always on everyone’s mind. Until the case is developed and a suspect is identified, the case will not move forward and see the inside of a courtroom, Kimbrough said.

The evidence collected was taken to the FBI laboratory to be examined. It may be the latest technology in forensic analysis which may be the key to solving the case. 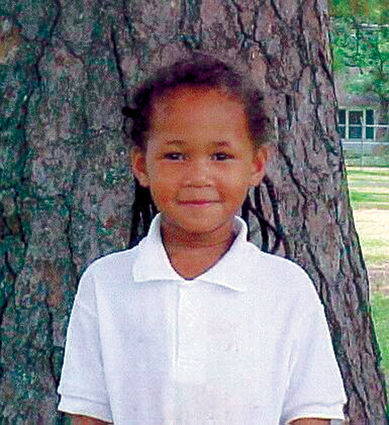 “As time goes on, forensic science has improved,” he added. “From experience, we have learned technology has moved forward and this case will be solved forensically in a laboratory. A case is only as good as the initial investigation.”

For all the officers involved, the gift of closure for the family is one they hope to achieve. For them it is seeing the relief and expressions on their face which can make it all worthwhile.

“I hope and pray justice will be served,” Kimbrough said.

Anyone with information is encouraged to call the Orange Police Department at 409-883-1026.