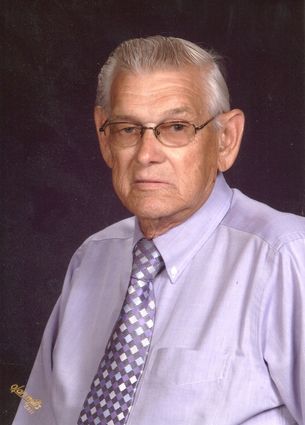 Leonard Wayne Gallien, 78, of Orange, passed away on July 29, at his home.

A Mass of Christian Burial will be 10:30 A.M., Friday, Aug. 1, at St. Francis of Assisi Catholic Church in Orange. Officiating will be the Rev. Tom Phelan. Burial will follow at St. Mary Cemetery.

Born in Natchitoches, La., on July 31, 1935, he was the son of Odom Gallien and Melissa Gallien. Leonard served in the Texas National Guard. He received his bachelors and masters degrees from Stephen F. Austin State University. He was a teacher, counselor, and Director of Vocations at Little Cypress- Mauriceville School District for over 30 years, later in life he taught History for two years at St. Mary Catholic School.

Leonard was a life time member of the Little Cypress Lions Club. He was Lion of the Year for several years, past President and held almost every office. He was also a longtime member of The Knights of Columbus, where he was a fourth degree member. He was an Usher at St. Francis Church and trained as a Eucharistic Minister. Leonard loved fishing and went every chance he got. He also loved going dancing. He also had a love of travel he and Della went to many places. His love for his students was tremendous. Leonard never quite knew the impact that he made on his students and family. He will truly be missed by many.

Leonard is preceded in death by his late-wife Vernell Gallien; brother John David Gallien; and his sister Patsy Smith.

He is survived by his wife Della Gallien; son Kevin Gallien and wife Tina of Tulsa, Ok; step-children Richard Bonnin and wife, Julie of Kingwood, Don Bonnin of San Antonio, and Rita Monson of Orange; grandchildren, Tayler and Sydney Gallien; step-grandchildren Melany and Melissa Monson, and Katie and William Bonnin; and his brother, John Wallace Gallien of Dale, Tx., and numerous nieces, nephews, and cousins.

In lieu of flowers, memorial contributions may be made to St. Francis of Assisi Building Fund: 4300 Meeks Dr., Orange, TX 77632.