The US Attorney's Office has announced the indictment and arrest of a Jasper man in connection to the death of Alfred Wright.

Shane Dwayne Hadnot, 28, was indicted on Wednesday by a federal grand jury charging him with conspiracy to possess with intent to distribute a controlled substance resulting in death. He was arrested on Thursday and will appear before a magistrate judge on Friday.

US Attorney's Office spokeswoman Davilyn Walston confirmed that individual to be Wright.

Wright went missing on Nov. 7, 2013. On that day, he pulled into the CL&M grocery store along State Highway 87 in Hemphill. When his truck broke down, he made a call to his wife at 6:05 p.m.

Family members and friends found Wright's body in a wooded area of Sabine County on Nov. 25. Despite the fact that authorities mounted ground and air searches for Wright, his body was found about approximately 25 yards from where he disappeared.

According to the indictment, an investigation into the cause of Wright's disappearance and death revealed his involvement with Hadnot. Phone records, witness statements and drug evidence located during the search of Hadnot's car, indicated Hadnot was selling cocaine to Wright.

During the two-day period before Wright's death, Hadnot and Wright exchanged 20 text messages, according to the indictment. It alleges that on Nov. 7, 2013, Wright sent a text to Hadnot at 12:36 p.m. requesting to buy cocaine and other drugs from Hadnot. Wright went missing about five hours later. An autopsy showed Wright's blood contained cocaine, meth and Xanax.

The indictment details the final days of his life, starting on Nov. 7, when the indictment states Wright was scheduled to visit 10 patients in the Hemphill area, but only visited two. At 12:36 p.m., before beginning his visits, Wright used his phone to text Hadnot. It said "1 gino and a 20 and 3 handles." The indictment states that means one gram of cocaine, $20 worth of meth and three Xanax tablets. At 12:37 p.m., Hadnot replied "ok" to the text, according to the indictment.

Wright visited his first patient around 1:30 p.m. in Burkeville. That patient and his wife reported Wright was "normal" and noted nothing unusual about his demeanor or actions. They said Wright left their home around 2 p.m. Wright did not visit any patients between 2:00 and 4:00 p.m., according to the indictment.

Wright visited his next patient around 4:00 p.m. in the Fairmont community. That patient and his wife reported Wright was unusually late, agitated and disoriented. Wright told them he felt sick and needed to call his wife and excused himself to the restroom for a lengthy period. They said they found this odd and told Wright he should go home, but he said he had one more patient to see and left their home around 4:30 p.m.

The indictment states he should have traveled west to continue his route, but instead drove east until he reached Toledo Bend Reservoir. He pulled into a residential driveway, where a witness spoke to Wright and found him to be extremely disoriented and unable to communicate clearly. The witness directed him to leave the property, according to the indictment.

Around 5:20 p.m., Wright arrived at the CL&M store located on State Highway 87, approximately four miles south of Hemphill. He called his wife and told her his truck overheated and she told him that his parents were on the way to help him. According to a witness, Wright stopped talking on the phone, put it in his sock and jogged north on Highway 87.

A deputy called Wright's wife and she told him she had not observed anything unusual about Wright's behavior. A few minutes later, she called him back and recanted her statement and said Wright had in fact "been acting very strange lately." She also told him she suspected Wright was "on something."

On Nov. 8, a deputy requested permission to search Wright's truck, but his parents told him they did not consent. The deputy then served a court order on AT&T to obtain tracking information on Wright's phone. When the family arrived, they removed Wright's work computer and personal computer without calling a deputy, according to the indictment.

Later that morning, the property owners on Coussons Drive reported they had discovered torn clothing and a watch belonging to Wright. The small piece of clothing was attached to a barbed-wire fence. Deputies searched the area and found additional clothing belonging to Wright. It was scattered along a distance of about 1,700 yards on pastures adjacent to the residence.

On Nov. 11, Texas Rangers joined the investigation and interviewed Wright's wife. She said that on the day Wright disappeared, she identified Hadnot's phone number from Wright's records and said Hadnot admitted selling drugs to Wright on the day he disappeared.

On Nov. 15, the Wright family provided Wright's work computer to the Texas Rangers, but not his personal computer.

Wright's body was found on Nov. 25, located between dense brush on a narrow game trail about 260 yards west of the residence where the clothing was found. He was partially clothed, wearing underwear and one sock and both shoes.

An autopsy was performed on Nov. 26. Dr. John Ralston, a forensic pathologist with the Southeast Texas Forensic Center, found six shallow puncture wounds on Wright's body. They measured about .2 inches and were located on his left palm, lower abdomen and left leg. Ralston did not find any severe trauma on Wright's body, but noted soft-tissue damage to his face and neck with was consistent with insect and animal scavenging activity. Ralston found a phone inside Wright's right sock and a key ring inside his left shoe. It included keys to his truck.

Texas Ranger Danny Young confirmed the puncture wounds were consistent with the size of the barbs on the barbed-wire fence.

Rangers interviewed Hadnot on Dec. 11. The indictment states Hadnot told Young he had sold marijuana to Wright on Nov. 7 but denied selling anything else that day. He did admit to selling cocaine to him in the past.

According to the indictment, Texas Rangers contacted the Wright family's attorney and requested a meeting with the family. They also asked for permission to search his computer and truck, which was not granted. 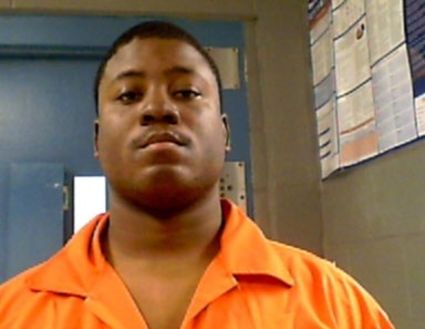 On June 25, the US Attorney's Office submitted all reports to forensic toxicologist Dwain C. Fuller for his examination and analysis.

On July 28, Fuller said Wright's cause of death was consistent with combined drug intoxication and excited delirium, which is often induced by stimulants and manifests as a combination of delirium, agitation, anxiety and hallucinations. In many cases the elevated body temperatures result in the victim undressing, according to the indictment.

If convicted, Hadnot faces from 20 years to life in federal prison.