He was born on April 12, 1924 in Mud Sands, OK, to Andrew Jackson and Sarah Beatrice Butler McKee. He moved to Orange in 1943 and always commented about how he loved this little town. Stanley accepted Christ in 1952 and was ordained to preach on March 9, 1956 at Tremont Baptist Church in Sabine Pass, also where he pastored his first church. An active member of Silver Oaks Baptist Church, he greeted everyone at the door with their Sunday morning bulletin along with a smile, hug, handshake or encouraging word. As a faithful servant whose time came to retire from the deacon counsel he was recently honored with the title of "Deacon Emeritus".

Stanley was a painter for the majority of his life. After he retired from painting, he began his second career at Lamar University in the maintenance department where he continued with painting and then as a custodian "extraordinaire" until he was 77 years old. He maintained the Student Center which was considered "his building". He was known as Mr. Mac and took an active part in the activities of the University. In 1992, he was nominated for and received the President's Staff award. It was noted in the nomination that if we all had the pride in our work as Mr. Mac does, this University would be an unstoppable force in the Orange community!

He was a volunteer at the Orange Baptist Hospital and soup kitchen in Orange until his health began to fail in June of this year. He loved working in his yard, helping those in need, visiting friends and witnessing as the spirit led. He loved his family and through his example taught them the meaning of respect, humility, and to be a man of your word.

Stanley, who was a member of the Choctaw Nation of Oklahoma, was preceded in death by his loving wife of 56 years, Mary Evelyn; grandson, Jeremy Grant and many beloved family members. 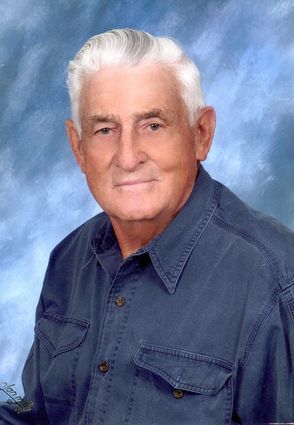 A celebration of his life will be held Saturday, Aug. 9, at Silver Oaks Baptist Church, in Orange, at 10:00 am, with a burial to follow at Autumn Oaks Memorial Park in Orange.

In lieu of flowers, donations may be made to St. Jude Children's Hospital. We would like to thank our family and friends who supported us with your prayers and visits to our Daddy. We could feel your love! We also want to thank Victor with River City Hospice for the love and compassion shown to our family during this difficult time.

Condolences may be sent to the family at www.dormanfuneralhome.com.