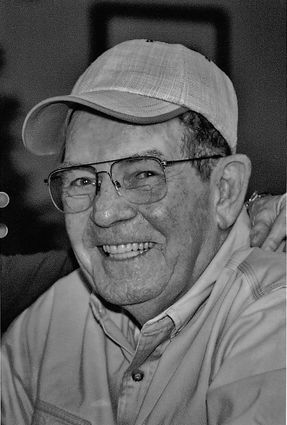 Funeral services will be at 2:00 p.m., Saturday, Aug. 16, at Claybar Funeral Home in Orange. Officiating will be the Rev. Randy Branch of Wesley United Methodist Church in Orange. Burial will follow at Orange Forest Lawn Cemetery in West Orange.

Billy Paul Withrow was born to Mary Vernon Huckaby Withrow and James “Casey” William Withrow on May 18, 1935 in Teague.

He was a hunter and expert marksman having served on the US Army Shooting Team for two years.

Billy belonged to the Orange Gun Club for many years and enjoyed working with young people in gun safety and contest work.

He was a Free Mason for the past 40 years and was a Methodist all of his life.

Billy retired from the Pipefitters Local 195, and enjoyed a wonderful time with his grandchildren and extended family.

He was a loving and gentle man with an extraordinary sense of humor.

He maintained his humor and dignity throughout his five year battle with cancer and died a peaceful death.

He was preceded in death by his parents.

The family would like to extend a special thank you to Dr. Chin Hah and Intrepid Home Health, as well as caregivers Molly Stringer and Debbie Courtney.