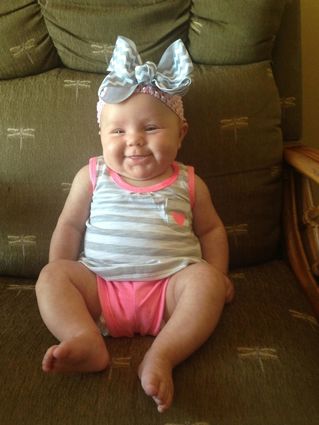 Born in Beaumont, May 6, she was the daughter of Blake Russell Perry and Kaitlyn Marie Jones. She was preceded in death by her grandmother, Terri Lynne Perry; and her great-grandfather, Kenneth Russell.

In lieu of flowers, the family requests donations be made to assist with funeral expenses. Account information, to which donations are to be directed, MCT Credit Union Account under the names Blake Perry and Kaitlyn Jones to benefit Bristol Perry, account number for deposit 37822-122.