China Circus to Perform at the Jefferson 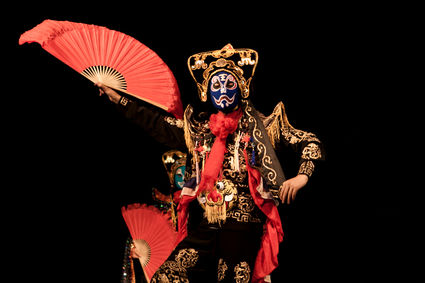 Direct from Anhui, China, one of the world’s most awarded acrobatic troupes will be performing at the Jefferson Theatre in Beaumont, Thursday, Sept. 18, at 7:00 pm.

The Anhui Acrobats are know for leading the way in creating new and stunning acrobatic skills and combining elegant dance with playfulness. This will be their first appearance in the Beaumont area.

Many Texans are quite familiar with the “Incredible! Acrobats of China featuring the New Shanghai Circus” based in Branson Mo., and they highly recommend The China Circus featuring the Anhui Acrobatic Troupe as a fun show, entertaining for all ages, and unique among visiting Chinese Acrobat troupes. It’s a circus like you’ve never seen before.

Some of the award-winning acts include Group Bicycling, Juggling on Stand, Tight Rope, Aerial Fish Ballet, Hoop Diving, Hats, Spinning Plates, Hula Hoop, Diabolo (Chinese Yo Yo), and more. Their dramatic interpretation of classic Chinese dance highlights the fact that, each province of China has its own acrobatic troupe that, while using traditional Chinese Acrobatic performances, is distinctly difference in presentation, costuming, and performance style.

Tickets are on sale now and may be purchased at the Beaumont Convention Center at 345 Fannin , Beaumont; or on the web at www.TicketMaster.com.