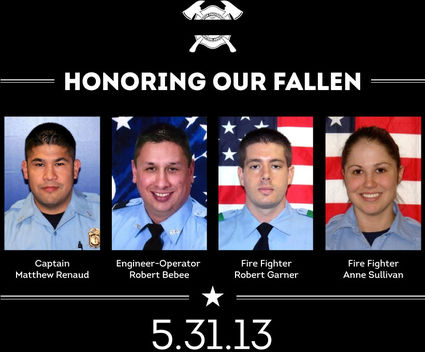 The Lamar Institute of Technology Foundation’s “Salute to Real American Heroes” event will honor the memory of the four Houston Fire Department firefighters who died battling a fire at a Houston hotel in May.

Keith Giblin, federal magistrate judge on the United states District Court for the Eastern District of Texas will recognize the Sabine Neches Chiefs’ Association for their 65 years of service to the community and a special presentation will be made by District Chief John Seamans of the Houston Fire Department to honor fallen Houston heroes: Captain Matthew Renaud and Engineer Operator Robert Bebee from Station 51, and Firefighter EMT Robert Garner and Firefighter Anne Sullivan from Station 68.

Dinner will be provided by the Cooks 2 Doz. + Inc., and is sponsored by the Sabine Area Restaurant Association.

Admission is free to active uniformed personnel and a guest with a reservation. Reservations for first responders and active military can be made at www.lit.edu, or by calling (409) 839-2983.

Anyone wanting to purchase tickets or reserve a table can also do so at the LIT Web site or by calling the above number.