Red Cross urges citizens to be prepared for disasters 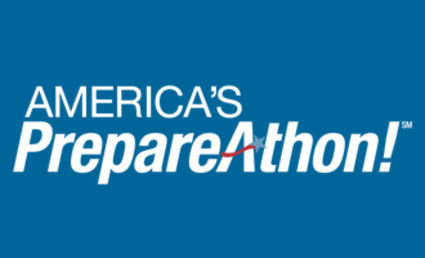 Disasters can strike at any time, and the American Red Cross Orange County Chapter encourages everyone to take the first step during National Preparedness Month and join America’s PrepareAthon, creating a disaster plan for their household that can help keep people safe in an emergency.

“Having an emergency plan is an important step so everyone in the household knows what they should do if something happens,” said Chester Jourdan, Executive Director of the Orange County Chapter. “We believe people should mark National Preparedness Month by creating or updating their plan.”

MAKE A PLAN - Everyone in the household should help put the emergency plan together so they know what they should do if something occurs. Because everyone may not be together at home when a disaster happens, the plan should include ways to contact one another and two places to meet – one near the home in case of a sudden emergency like a fire, and one outside the neighborhood in case circumstances prevent people from returning home. The plan should also identify an emergency contact person from outside the area in case local telephone lines are overloaded or out of service.

Any emergency plan should also include decisions about where to go if ordered to evacuate and what route to take to get there. It’s a good idea to include alternate routes in case roads are closed. Don’t forget family pets. Make sure to include plans for them such as pet-friendly hotels and animal shelters along the evacuation route.

HOME FIRES -The most common threat people face across the country is a fire in their home.

National Preparedness Month is a good time to develop a fire escape plan and practice it with everyone in the household.

When developing the plan, walk through the home and look at all exits and possible escape routes, including windows.

List two ways to get out of every room in case fire blocks one of the paths.

Pick a place to meet outside, a safe distance away and – no matter the circumstances – stay out of the home until fire officials say it is okay to go back inside.

All households should practice their plan at least twice a year.

People should also install smoke alarms on every level of their home, inside bedrooms and outside sleeping areas. They should test the alarms monthly, replace the batteries at least once a year and replace them every ten years.

RED CROSS APPS - The Red Cross has developed mobile apps that provide information on what to do before, during and after emergencies, including a “Make a Plan” feature on how to develop an emergency plan. The free apps can be downloaded from the Apple App Store and the Google Play Store for Android by searching for American Red Cross.

For more information on how to prepare for all types of emergencies, people can visit redcross.org or contact the Orange County Chapter at 883-2322.