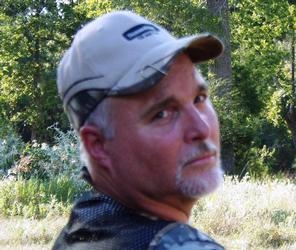 Mark Gerard Benoit, 55, from Waller, Texas, formerly from Orangefield, has ascended to Heaven from family and friends on Sept. 26, to be with his Lord and Savior.

Mark was an Orangefield High School graduate, class of 1977. Mark lived in Waller, for the last 30 years. Mark was a loyal and caring man; he spent two years with Orange County Drainage District, followed by five years at Orange Memorial Hospital. After moving to Waller, he worked at Tennwood Country Club for 10 years as a maintenance mechanic. Mark also was a firefighter for the Waller Volunteer Fire Department from 1984 – 2001.

He spent many years toiling in the hayfield, always willing to help where ever needed.

Mark spent 19 years working for Bettis Actuators, Valves and Controls in Waller, until they closed.

He then spent the past two years at United Salt Corporation.

Mark loved spending his time outdoors and working with his hands.

He was an avid fisherman, hunter, carpenter, gardener and an excellent craftsman, spending hours restoring antiques.

Mark could always be found in his shop tinkering with knickknacks, lawnmowers, toys, anything he could get his hands on.

Mark was known for his friendliness and charisma; he never met a stranger.

He loved to tell his Cajun stories, for which he will be missed.

Mark loved to spend time with his family and friends, sharing his one-of-a-kind brisket and love for black and white movies, especially anything with John Wayne.

Mark was known as a gentle giant.

He was a very loving husband and father.

He adored his grandchildren.

He looked forward to having coffee with his wife.

A Mass of the Resurrection will be held to honor Mark’s life at 2:00 P.M. Thursday, Oct. 2, at St. Helen’s Catholic Church in Orangefield. Officiating will be Father George Kindagen, pastor of the church. Rite of Christian burial will follow the Mass where he will be laid to rest at the Dorman Cemetery in the McLewis community in Orange.

In addition a memorial service will be held Saturday Oct. 4, at the Waller Junior High School auditorium, in Waller, at 2:00 pm.

Services are under the direction of Dorman Funeral Home in Orange. Condolences may be expressed for the family at www.dormanfuneralhome.com.