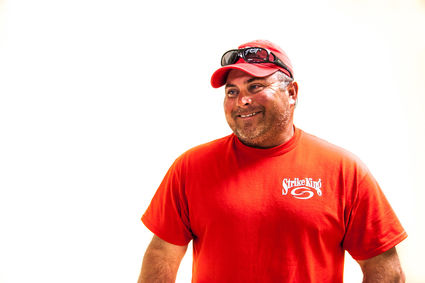 The first tournament of the 20th anniversary season of the Walmart FLW Tour, the most competitive Tour in professional bass-fishing, kicks off March 5-8 with the Walmart FLW Tour at Lake Toho presented by Mercury. Hosted by Experience Kissimmee and the Osceola County Department of Tourism, the tournament will feature 154 of the world’s best bass-fishing professionals and co-anglers casting for top awards of up to $125,000 cash in the pro division and up to $25,000 cash in the co-angler division.

One of the anglers competing against Broussard is 18-year FLW Tour veteran Terry Segraves, who lives near Lake Toho and is considered an early favorite.

“I think that the timing of this tournament is going to be perfect,” said Segraves. “It’s cold right now, but the warm weather is expected to return in the next few weeks. With the expected sunshine and the full moon, the fish are going to pop. There really isn’t going to be much of a local advantage; we’re going to see a lot of really big fish.

“The weather conditions are going to be a huge determining factor for the winning weights,” Segraves went on to say. “If the weather is nice, I think you’ll need to catch an average of 20 pounds through the first two days just to make the top-20 cut and fish the weekend. This tournament has the potential to set some new records.”

Fishing fans that can’t make the trek to Central Florida can still follow along with all of the tournament action at FLWFishing.com. Live on-the-water tweets, updates and videos will be posted throughout the four days of competition as well as a live streaming video feed of the weigh-in held at 5:00 p.m. each day.

Coverage of the Lake Toho tournament will be broadcast in high-definition (HD) on NBC Sports Network (NBCSN) when Season 20 of “FLW” premieres Sept. 28 from 7 p.m.-8 p.m. ET. The Emmy-nominated "FLW" television show airs on NBCSN, the Pursuit Channel and the World Fishing Network and is broadcast to more than 564 million households worldwide, making it the most widely distributed weekly outdoors-sports television show in the world.

For complete details and updated information visit FLWFishing.com. For regular updates, photos, tournament news and more, follow us on Facebook at Facebook.com/FLWFishing and on Twitter at Twitter.com/FLWFishing.

FLW is the industry’s premier tournament-fishing organization, providing anglers of all skill levels the opportunity to compete for millions in prize money nationwide in 2015 over the course of 240 tournaments across five tournament circuits, four of which provide an avenue to the sport’s richest payday and most coveted championship trophy – the Forrest Wood Cup. 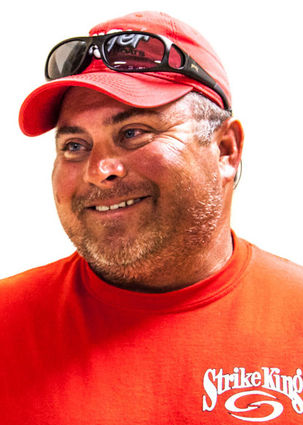 FLW tournament fishing can be seen on the Emmy-nominated “FLW" television show and is broadcast to more than 564 million households worldwide, making it the most widely distributed weekly outdoors-sports television show in the world.

Photo - Local angler Troy Broussard of Beaumont, Texas, will be one of the 154 anglers competing on the FLW Tour this season. Broussard is fishing his rookie season on the FLW Tour after starring on the History Channel hit reality television show ‘Swamp People’. (Jesse Schultz/FLW)