Blue Bell Creameries announced Tuesday that it is expanding its recall of products that were produced in the company’s Broken Arrow, OK, plant to include Banana Pudding Ice Cream pints, which tested positive forListeria monocytogenes, and additional products manufactured on the same line.

These items have the potential to be harmful to young children, frail or elderly people, and others with weakened immune systems. Although healthy individuals may suffer only short-term symptoms such as high fever, severe headache, stiffness, nausea, abdominal pain and diarrhea,Listeria monocytogenes infection can cause miscarriages and stillbirths among pregnant women.

No illnesses have been confirmed to date.

On April 3, 2015, Blue Bell Creameries voluntarily suspended operations at its Broken Arrow plant to thoroughly inspect the facility due to a 3-oz. institutional/food service chocolate cup that tested positive for Listeria monocytogenes and was immediately withdrawn from all outlets.

On April 4, 2015, out of an abundance of caution, Blue Bell began working with retail outlets to remove all products produced in Broken Arrow from their service area. These products are identified with a code date ending in O, P, Q, R, S or T located on the bottom of the carton, and they are a part of the voluntary market withdrawal. 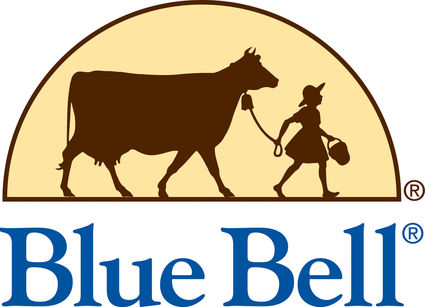 On April 7, 2015, the U.S. Food and Drug Administration notified Blue Bell that the Banana Pudding Ice Cream pint tested positive for Listeria monocytogenes. This pint was produced in the Broken Arrow plant on Feb. 12, 2015. Subsequently Blue Bell is recalling all products made on that one particular production line from Feb. 12, 2015 to March 27, 2015. These products were produced on that same line and have a code date ending in either S or T.

Recalled products produced in Oklahoma are identified by the code date on the bottom of the carton.

Consumers who have purchased these items are urged to return them to the place of purchase for a full refund. For more information, consumers with questions may call (979) 836-7977, Monday through Friday, 8 a.m. to 5 p.m. CDT or go to bluebell.com.