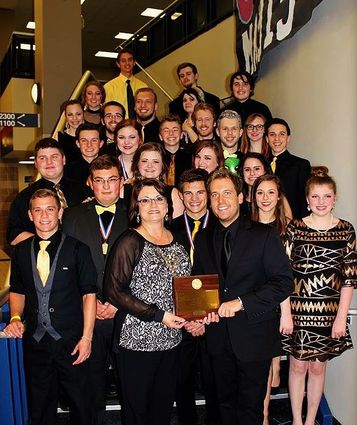 The LCM UIL One Act Play Company has advanced to the 4-A State Contest Finals in Austin. They had previously won their District, Bi-District and Area rounds. Wednesday, they competed in the 4A Region III Finals at Atascocita High School. The group came in first place from the panel of three judges and are now among the top eight shows in the state of Texas out of 193 4-A schools.

Earning individual awards at Region were: Shawn Blair, Outstanding Technician, Alex Borel, Shannon Boozer and Rebecca Sanford, All-Star Cast and Triston Stringer, Best Actor. The group will perform the play one last time here at home in the LCM Auditorium on Thursday, May 21 at 7:00 pm. Tickets will be $5 at the door.

They will depart for Austin on Monday, May 25 with a chance to fight for the 4-A State Championship. The students are under the direction of Cory Broom and Caroline Hennigan.