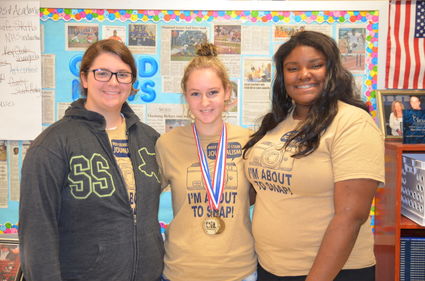 The WO-S Journalism team competed at the UIL Regional Academic Meet this past weekend in Huntsville at Sam Houston State University.

Brittany Barclay placed first in Headline Writing and fifth in Editorial Writing and will advance to the state meet in Austin May 25-27. Felicia Amy competed in News Writing and Kaylyn Roberts competed in Feature Writing. The team finished fourth in overall Journalism out of 14 teams.