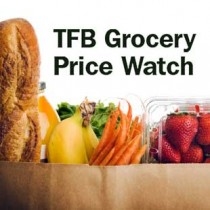 Protein packs a punch in more ways than one. It’s where consumers are seeing an increase in second quarter grocery prices, according to the latest Texas Farm Bureau (TFB) Grocery Price Watch survey. The total cost of the 16-item grocery bill rose about 2 percent to $47.63, up from $46.66 last quarter.

“Beef and poultry are a significant part of consumers’ grocery bills—on the plate and at the cash register,” TFB President Russell Boening said. “Cattle herds are still rebuilding after several years of drought, and poultry supplies are tight due to losses caused by avian flu.”

The survey showed prices for beef sirloin rising to $7.15 per pound from $5.92 last quarter and lean ground beef rising to $4.59 per pound from $3.95. But recent rainfall and green pastures are driving beef expansion, which should eventually ease the price pressure on beef prices at the meat counter.

“Price volatility is to be expected for poultry products, because of the impacts of avian flu in the Midwest,” Boening said. “Texas poultry farmers, however, are taking extreme precautions to prevent an outbreak in the Lone Star State.”

Grapefruit increased in the second quarter, rising to 90 cents per pound. The 13-cent increase is due in large part to the end of production season. A new crop of citrus will begin harvest in October.

“Food budgets are of high importance to Texas consumers,” Boening said. “Although prices rose again this quarter, farmers and ranchers only see a fraction of the higher prices.”

The TFB Grocery Price Watch is conducted quarterly by volunteer shoppers at grocery stores across the state of Texas. The current survey data was collected by 40 shoppers from June 4-11. TFB has monitored Texas food prices through its Grocery Price Watch survey since March 2009.