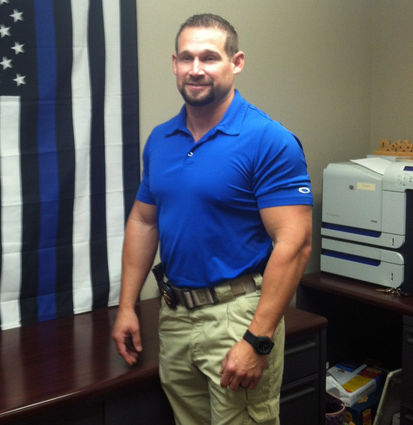 David Lampman, investigator for the Orange County Sheriff's Office, has made fitness a way of life not only as a teen and into adulthood but also as part of his career.

Debby Schamber - For The Record

David Lampman, of the Orange County Sheriff's Office, has made the best of both worlds when he combined law enforcement and fitness.

The Little Cypress-Mauriceville graduate first became involved with fitness while in school. He participated in football and powerlifting.

Also during his high school years he had an uncle who was a police officer in West Orange. Lampman rode along with his uncle observing what he did and what the job entailed.

Lampman began his career in law enforcement when working in the state prison system and as a reserve at the Orange County Jail. He was able to accept a full-time position at the jail while attending school at night. He stayed at the jail for three years before going out onto the streets in 2000 as a patrol deputy. In 2005 he took a job as a training deputy. As part of the job he goes to Lamar in Beaumont and teaches fitness at the police academy. In 2007 he attended school where he became a certified fitness instructor. He also became a personal trainer in his spare time.

"It's always great to help somebody achieve their goals," he said.

Lampman still actively works out almost daily. He works on building his muscles by lifting hundreds of pounds during a limited amount of repetitions. He works on various muscle groups at one time such as legs, back and biceps. In addition to his dedicated workout routine, he also eats "clean" and smaller portions.

Lampman moved to the Orange Police Department in 2006 and remained there for more than two years. During this time he still provided fitness training at Lamar.

In 2009 he returned to the Orange County Sheriff's Office and back to patrolling county roads. Lampman said he enjoyed working for the county in the patrol division since no two days were the same. Three years later he was promoted to the investigations department. Along with other cases he primarily does property crimes.

Sometimes there is not much information available such as witnesses, fingerprints or other information which would immediately lead him to a suspect. This can prove to be extremely difficult and an investigator must wait until a lead comes into the office. Sometimes it is as simple as the object being located at a pawn shop.

"When it works up into a conviction, it can be very rewarding," Lampman said. 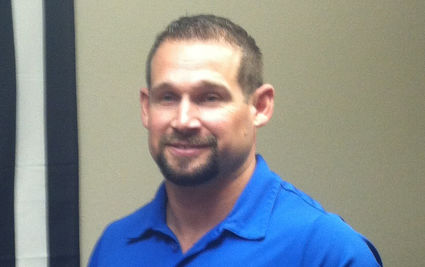 When not working out he is busy as the union president for the OCSO union and is a member of SWAT. On SWAT he is the assistant team leader for the tactical team. He joined SWAT one week before the historic and fateful 9/11. The 12 members of SWAT are made up of officers from local agencies. Their equipment is purchased from drug/forfeiture seizure funds. The group of specially trained officers has to be ready to respond at a moment's notice. They meet once monthly for eight hours of training. When needed they make entries into high-risk situations such as search warrants or barricaded subjects.

When asked why he is an officer, his reply echoed what many other officers have said.

"I just want to help people," he said.

When not at work, the dedicated husband and father to two sons and two stepsons can be seen at local ballparks and riding an ATV.