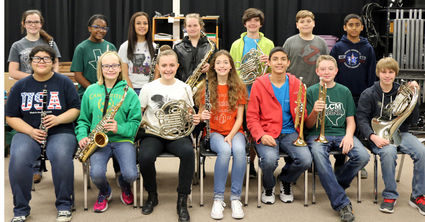 The LCJH Bands are directed by Jose Ochoa and Jesse Winecoff.