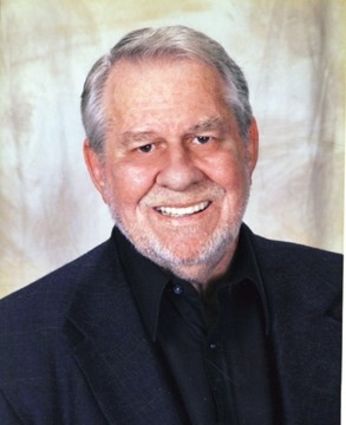 Pictured are the 10 original Dunn’s of Rising Star, Texas. This picture is believed to have been taken in 1936 at the old home place in Sipes Springs. The gathering was to mark Allen and Laura’s 60th wedding anniversary. My father Clay was 43 years old. They are lined up by age standing left ot right: Pearl, Minnie, Robert (Rob), Carl, Clay, Hobson (Hobby), Ernest and Ellis. Seated are Mom and Dad, (Allen and Laura.)

My bloodline is my rabbit’s foot

My bloodline is pure Irish on one side and it’s really well Dunn. My grandparents, Allen and Laura, both carried the name Dunn when they married in 1876. At age 8, he had come to Rising Star by covered wagon with his mom Sarah and aunt from Arkansas. His dad had been killed in the Civil War, in 1864 when Abe Lincoln was president. I’m one of the few people alive whose grandfather was alive during the Civil War.

Not a great grandfather but my dad’s dad. Allen died in 1950 in his 90’s. Laura was from DeLeon, a few miles from Sipes Springs, near Rising Star. There they would spend the rest of their lives raising their family of six boys and two girls.

They are both buried in an old historical cemetery on the hill with some of their children. The cemetery has graves dating back to the turn of the 1800’s. They claimed not to be kin, even though my father Clay always claimed that all Dunn’s were kin.

Their children on the male side left that peanut land to become successful and wealthy. None more colorful then Clay, who was referred to as the “Black Sheep” of the bunch. He’s a hundred stories in one.

They had few children. Our two sons, Mark and Allen, are the last males who will carry the family name. We have no Dunn grandsons. This year marks 150 years since Allen’s birth that led to my being and the path I’ve traveled Down Life’s Highway. The family name will some day come to an end, but the bloodline will live on through our daughter Karen, and her boys, Garrett Clay, Sean Cade and Collin Slade Gros, and our two granddaughters Amber and Jenna and our great grandchildren, Jenna’s son Nate, and daughters Delilah and Willow Grace and Garrett’s children Leland and newly born Juliana.

I guess I’m the ultimate “Black Sheep.” Like a white man’s son raised by the Indians, I was raised in the Cajun culture by a Cajun mother. While I carried an Irish name. I couldn’t speak English before the age of 7, causing me and other Cajun kids to spend two years in first grade. My mom and I spent a life of struggle and poverty after Clay flew the coupe when I was a baby.

Now that I’ve laid out the background, I’ll venture into the purpose for this column. The luck of my Irish side has followed me most of my days. I’ve always been luckier than I probably deserved to be. Just to escape the extreme poverty and hardships was an accomplishment in itself, but to find a degree of success took lots of luck. To have married Phyl, my partner of 61 year and to have enjoyed the benefits of our lives took a lot of luck. I’ve always given St. Patrick credit for that. My Irish side is my rabbit’s foot. Time after time good fortune has come to us by just a lucky move, not great knowledge.

This St. Patrick’s Day, March 17, we’ll mark 45 years since we launched Orange County’s first successful weekly newspaper, The Opportunity Valley News. I’m still amazed at the success and reception of that publication. It really was phenomenal.

I started the paper with a song and a typewriter, in a couple of small rooms in the Frank Manchac Insurance office on Green Avenue in Orange, about the same time Tim Hughes was starting out next door with Superior Tire Service.

After struggling through the first year, the Harmon family, Jackie, Corky and Don, made it possible for me to have a permanent building at 109 6th Street. A lucky break. They took the cost of the building out in advertising. We still own that building. I kept it for sentimental reasons, thankful for all it provided us.

Even though we ventured into other things and now are proudly publishing The Record Newspapers, Penny and County, the OVN made it possible for us to lead a good life. It may have been, however, some of my imagination and the knowledge of people and what was under every rock that helped make it successful. It was really one lucky thing after another that brought it success. It led to other publications and the purchase of the Triangle Press, whose name is still being used today by the parent company of the Port Arthur News and Orange Leader. 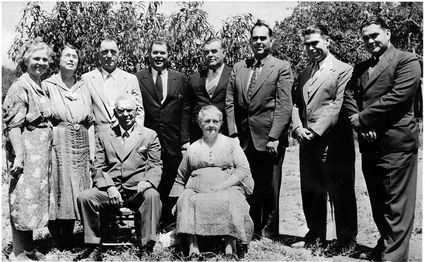 We sold the OVN, press and publications to Cox Enterprise on my birthday, June 5, 1980, after a memorable nine years. The owners of our OVN then bought the Orange Leader. That move prompted Gordon Baxter to write the poem, “How one simple Coonass made a follower out of the Leader.” Maybe so, but the luck of my Irish side played a big part. Cox paid me big money as a consultant. They never took my advice. They were the experts. I was just a simple Cajun with an Irish name. They struggled with the paper through several owners till one day the once great publication was gone, having died a slow death.

The paper that started on that March 17th day is no more, but I’ll never forget it. And I’ll always give credit to my Irish. So again this year I will remember and give thanks to St. Patrick for that great paper I started on his birthday. Happy St. Pat’s Day to all.