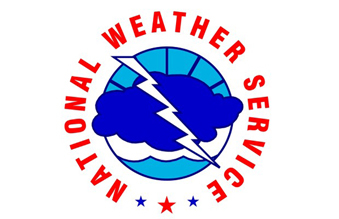 The National Weather Service is monitoring the Sabine River, which is near a crest now along the I-10 and Orange areas. Major flooding is ongoing in this area. The Neches River is also near a crest in Beaumont. The Calcasieu River has a flood moving south of Kinder now, and will crest at Old Town Bay late Friday and early Saturday. In addition, the Red River near Alexandria will crest late Friday and early Saturday as well, in major flood at 40.5 ft.

We are expecting between 0.50" and 1.50" of rain on Thursday and Friday, before it tapers off on Saturday. While this will not significantly add to the river floods, it will cause localized flooding of drainage areas that typically would drain into these rivers.

In addition, outdoor workers need to keep an eye on the sky for lightning on Thursday and Friday. If you hear thunder, move indoors.

North winds this weekend should help flood problems along and south of the I-10 corridor of southeast Texas and southwest Louisiana.