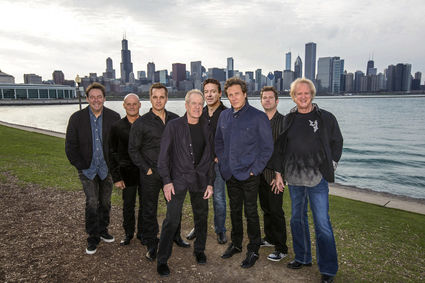 Class of 2016 Rock and Roll Hall of Fame inductee Chicago will perform Sunday, May 29, at the Golden Nugget Casino in Lake Charles, La. for ages 21 and older. Tickets are available at all Ticketmaster outlets. Courtesy photo

For nearly one-half of a century, one American rock act continues to tour, make new music and perform to sell-out crowds nearly every where it goes.

Chicago will perform at 8 p.m., Sunday, May 29, in a special Memorial Day weekend concert inside the Grand Event Center of the Golden Nugget Casino in Lake Charles, La. Tickets are $80-$110 for ages 21 and older and can be purchased at all Ticketmaster outlets, including http://www.ticketmaster.com or charge by phone at 800-745-3000.

Over the course of its career, Chicago has released 36 studio albums, which includes eight multiplatinum records, 18 platinum albums and 23 gold albums, along with 21 Top 10 singles such as “25 or 6 to 4,” “Hard to Say I’m Sorry,” “You’re the Inspiration,” “If You Leave Me Now,” “Hard Habit to Break.” The band is also the first American rock group to chart Top 40 albums in six consecutive decades.

Formed in 1967, the members of Chicago may consider 2016 to be its best year yet as the band was inducted into the Rock and Roll Hall of Fame this past April with other iconic acts such as Cheap Trick, Deep Purple, N.W.A., and Steve Miller.

“Being on stage with all of the other inductees was so great,” said James “Jimmy” Pankow in a telephone interview. “It was overwhelmingly emotional, all of it, because it is such a honor but it is about fan perception. We’ve been eligible since 1994, but it was our first time to be nominated, so it’s better late than never. At least I didn’t have to use a cane to get up on stage.”

Few bands can match the staying power of Chicago, which is celebrating its 49th year in the music business.

“It’s been a hell of a ride,” Pankow added. “And the band is better than ever. We’re not an oldies but goodies act either. We’re still writing new music and having fun, and it shows in our concerts. We are seeing youngsters coming into the fold from their parents or their siblings, so that’s a great thing to see happening too.”

While many of the band’s peers may still tour the U.S. each year, few make new music or even care to find the time to make new music. Pankow said the reason for he and his Chicago bandmates is very simple.

Fans expect a setlist loaded with hit songs at Sunday’s concert in Lake Charles, and, if Planko has his way, maybe a choice gem or two just so the band can shine.

“There are a lot of other songs that we would love to play that we normally don’t get to play,” he explained. “We rehearse a new set each tour, so we do switch out songs. We might even mix and match songs from week-to-week.

“There are some songs which are more musically challenging and it gives the band a chance to shine and show what we can really do,” he continued. “But, if we just played everyone of our hits, the set would take between three and four hours, so we have to pick and choose.”

Pankow assures the fans will not be disappointed and there will be plenty of hits and sing-alongs to make the night another great memory.

“People love our music and have made it a part of their lives,” Pankow said. “When we play those songs, they relive those songs through the memories they have because that song might remind them of someone or a special time in their life. And that is what drives us still. People want to hear thsese songs and we don’t want to let them down.”