By Tommy Mann Jr - For The Record 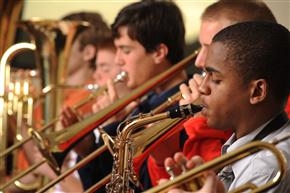 The first of what could be many upgrades and renovations is set to begin soon in the Bridge City Independent School District.

The Board of Trustees of the Bridge City Independent School District approved the recommendation to award a $1.2 million project to G&G Enterprises Construction Corp. for the renovation of the band hall at Bridge City High School during a school board meeting this past Monday evening.

Todd Lintzen, superintendent of Bridge City ISD, said the band hall has already been cleared and work is set to begin as soon as possible.

"The band hall is an instructional venue and it is one that is used every day by middle school and high school students," Lintzen said. "So, that is why it was important to get started on this project as soon as possible."

Lintzen said permits were being pulled for project on Tuesday and work would begin as quickly as possible. The building was cleared in May in advance of the project being approved and is anticipated to be complete by December.

"The students will be displaced during most of the fall, but, fortunately, they do most of their preparation and work outside at that time," Lintzen said in reference to marching band. "The band students will utilize the old girls gym through the fall while the work is being completed."

Part of the renovation project includes the addition of a Virtual Acoustic Environments (VAE) sound system.

The VAE system allows the user to enable the acoustics of their respective rehearsal space to match the acoustics of virtually any space possible, including a small recital room, a large auditorium and even larger venues, according to information provided Wenger Corp.

The VAE system allows the user to capture and record practice session, up to nine total session, which provides instant feedback on performances through a simple user control interface. The system even allows for downloading copies of the sound files to personal computers by utilizing the USB port.

Also, during Monday's meeting, the Board of Trustees authorized the superintendent to negotiate a contract with Architects Inc. to design the facility expansion project for Bridge City Intermediate School.

"Every class at Bridge City Intermediate School will be at capacity next year," Lintzen explained. "Looking at the number of students we have in the district now at elementary, not projected growth but what we have now, we will need five additional classrooms in three years. So, we have come up with a plan to build a new addition at Bridge City Intermediate School with 10 extra classrooms."

Lintzen said he is working closely with architects and the plan is make the new addition match in looks and design to the current facility.

"Our community expects quality and I expect quality, so everything about this will match what we have at Bridge City Intermediate, inside and outside," Lintzen added.

Lintzen stated he would like to see the new expansion project completed for the start of the 2017-2018 school year, but, with weather issues and the project not having even been contracted out yet, he believes a December 2017 completion to be more realistic.

Lintzen said these two projects are just the start of what he calls his 20 year plan for Bridge City Independent School District.

The 20 year plan is divided into five-year intervals and will include information related to instructional needs, enrollment, facilities, transportation and more. Lintzen said the plan will be presented to the Board of Trustees when finalized.

"I have two main jobs as superintendent, and that is to provide for the instruction and safety of the children of this district," Lintzen continued. "The plan will include the goals for the district and what needs to be done to meet those goals, and that includes looking at our facilities. 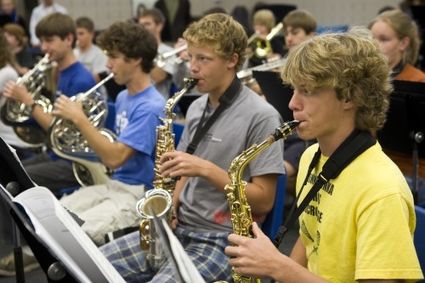 "I'm not worried about what is oldest or next in line," he added. "It's more about what meets the instructional needs of our students and is best for the district. I think doing a little work every year, like the band hall and the expansion at the Intermediate School, adds up over time and meets the needs of our district."

Lintzen wants Bridge City ISD to not just be the best school district it can be, but to be the best in the state, and he thinks the residents of the community feel that same way.

"We have new housing being built in Bridge City every year, and a new apartment complex will be completed sometime this summer," Lintzen said. "That means people will be moving into Bridge City, and we want Bridge City ISD to continue to be a district where people want their children to go."