By Tommy Mann Jr - For The Record

Juneteenth celebration to be held Saturday 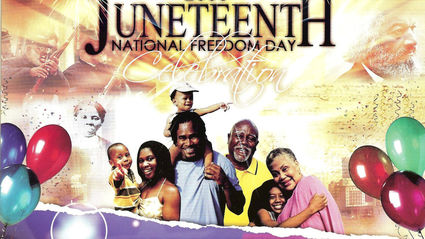 A special event recognizing an important day in American history will be held this weekend and the public is invited to come out and enjoy the activities.

The Juneteenth Music and Trailride Festival will be held from 10 a.m. - 10 p.m., Saturday, June 18, at the City of Orange Riverfront Pavilion, which is at 602 W. Division in downtown Orange.

The all-day family friendly event is free and open to the public. Coolers and pets are not allowed, but food vendors will be on site and a special drink booth will be available for guests to purchase a variety of beverages. Guests are encouraged to bring lawn chairs. There will also be a children's area providing plenty of fun for children.

"This event helps us raise money for our scholarships, but it's not just about that," said Deborah Mitchell, a member of the Juneteenth Music and Trailride Festival organizing committee. "It's about raising awareness of Juneteenth and getting people in the community to come out and have fun all day."

According to the official website, Juneteenth is reported to be the oldest known celebration commemorating the ending of slavery in the United States.

On June 19, 1865, Union soldiers, which were led by Major General Gordon Granger, landed at Galveston, Texas, with news the Civil War had ended and that the enslaved were free.

The celebration has a history of entertaining activities, depending on the area it is held in, such as sporting activities like baseball or fishing, rodeos and even barbecues. Other aspects can, and often do, include education and self-improvement, guest speakers recounting events of the past and, quite often, prayer services.

Juneteenth celebrates African-American freedom and achievement, while encouraging continuous self-development and respect for all cultures.

"Our committee is really focused on bringing awareness to the community," Mitchell said. "Not just for blacks, but for everyone. Last year's event went very well and the committee has been focused on growing it even bigger and better this year."

Entertainment is a big part of this year's event and will be full of live music from artists such as Marie Sanders, David Richard, Vin Zeal, TB Boyce, Rodney Geter, SSMG, Niki Richard, Ro Champaine, Mark Lofton and Perry Richard. Headlining the entertainment will be the Houston-based music act, J. Paul Jr. and the Zydeco Nubreeds, which blends hip-hop, Gospel, rhythm and blues and Cajun and zydeco to create a unique brand of music.

"We have something for everyone this year," Mitchell explained. "We have one artist from Oklahoma, and one from Houston, but the majority of the entertainment is from Orange, and people will be pleasantly surprised."

The trailride is a big part of the event and will be once again this year as well. Riders will start near the Orange Riverfront Pavilion area and travel the streets of downtown Orange going from Front Street to Green Avenue and then continuing to Simmons Drive. 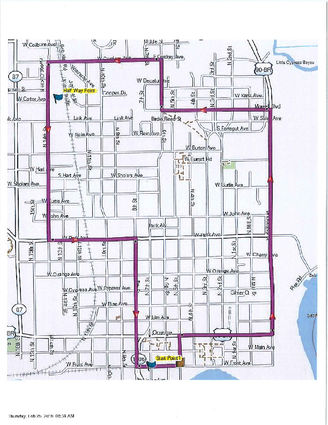 The riders will continue down Simmons Drive to Morell Boulevard and then to Sixth Street following up to Cordrey Avenue. The route will then turn onto 14th Street and head back south to West Park Avenue where it will turn left, and upon reaching Eight Street, continue south all the way back to Front Street and ending where the ride began.

Mitchell said the organizing committee attempted to expand events this year into a month-long celebration with a variety of family-oriented and community activities, such as a water day at the new splash pad in Orange, and even an event at the Orange Public Library. However, weather has affected numerous events and forced postponement and rescheduling for some events into July and possibly August.

"We have some great sponsors and partners this year who have been very supportive, and that is what we need for this event to make it successful every year," she said.