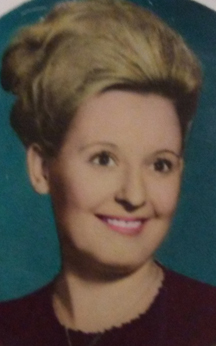 Born in Vallejo, California, on October 30, 1946, she was the daughter of Albert Seymour Tullett and Rachel (Wilkins) Tullett. She was a member of the Mauriceville Assembly of God Church since 1984. Mary will be greatly missed by those who knew and loved her.

She was preceded in death by her mother; her son, Mathan Cerny; and her father-in-law, Laine Donald Cerny.