Entertainment for the week 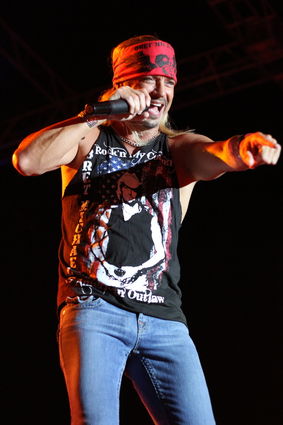 Bret Michaels, best known as the frontman of the rock group Poison, will perform with his solo band at the Golden Nugget Casino in Lake Charles, La at 8 p.m., Friday, Oct. 28 for ages 21 and older. Tickets are $20-$35 at all Ticketmaster outlets.

If you are looking for some great music, then there are plenty of options to be found and heard across Southeast Texas and Southwest Louisiana, including shows featuring national acts on both sides of the Sabine River this weekend. Be sure to visit http://www.localmusicguide.net for more information on artists and venues.

Linda Kaye and the Kool Katz @ The Boudain Hut

The Kings of Mojo @ Just One More Tavern

Linda Kaye and the Kool Katz @ The Boudain Hut

The Rhythm of the Heart Band @ Cafe Del Rio

LN and the Crush @ Tia Juanita's

Curse and the Cure @ The West