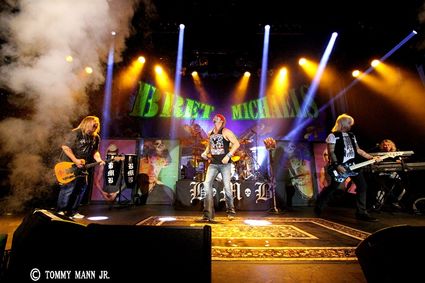 Bret Michaels, the highly entertaining frontman from the rock group Poison, performed with his solo band in front of a capacity crowd on Friday, Oct. 28, 2016, inside The Grand Event Center of the Golden Nugget Casino in Lake Charles, La.

Michaels and company delivered a stunning and highly energetic and infectious night of music which included Poison hits such as "Talk Dirty to Me," "Look What the Cat Dragged In," "Every Rose Has Its Thorn," "Something to Believe In," "Unskinny Bop," and "Nothin' But A Good Time," along with cover songs such as "Sweet Home Alabama" by Lynyrd Skynyrd, "Your Mama Don't Dance," by Loggins and Messina, and "Rock and Roll All Nite" by KISS.