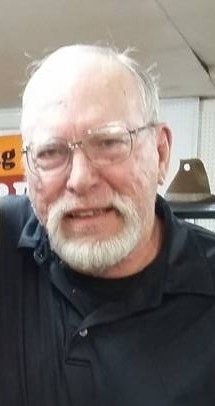 Coach Robert Michael "Mike" Fountain, age 75 of Starks, Louisiana, passed away in Houston, Texas on Monday, December 5, 2016. Visitation will be from 5:00 to 8:00 PM on Wednesday, December 7, 2016 at Dorman Funeral Home. Services will be at 11:00 AM on Thursday, December 8, 2016 at First Pentecostal Church of Starks with Pastor Karl Henry Smith officiating. Interment will follow at Fountain Cemetery in Starks, Louisiana.

Mike was born at the US Army Base in Manila Philippine Islands on December 31, 1940 to Freddie Bussell Fountain and Ernest Cecil McGuire Fountain.

He graduated from Starks High School and proudly served his country in the United States Army during Korea.

Mike received his masters degree from McNeese State University and began a career of coaching basketball while also teaching history and government.

Coach Fountain coached basketball at a number of schools in Louisiana and Texas before becoming the women's basketball coach at McNeese State University.

After retirement, he owned and operated the Starks Flea Market.

He loved spending time with his children and grandchildren.