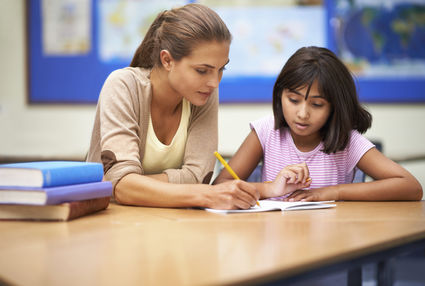 Editor’s Note: Educators across the state of Texas are joining to oppose the state’s new letter-grade schools accountability rating system, the first results of which will be released in January. All five Orange County schools superintendents have signed the letter “An Unfair Game” being circulated by the Texas Association of School Administrators.

As of Friday, the effort had been joined by 125 districts representing nearly 1 million students.

An Open Letter to Our Communities. Read more ...

Little kids are notorious sticklers for fairness. Don't believe it? Try giving one child a piece of candy and the other a pat on the head for a job well done. Then just sit back and watch the outrage!

Or, consider this classroom scenario. A teacher makes a research assignment but doesn’t specify a required number of pages. Some students turn in five pages, others submit 10-15 pages, and still others write 20+ pages. After the assignments are completed and turned in, the teacher decides that all papers with less than 10 pages will receive an F and only papers with 20+ pages will receive an A. How would you feel if this happened to your child? How would you respond? Would your complaint be valid?

That's why it is so surprising to realize that the State Legislature is implementing an A-F rating system that is unfair to students, teachers, schools, and communities.

In 2015, the 84th Legislature enacted HB 2804 which in turn established an A-F rating system for public school districts and campuses to be implemented September 1, 2017 (TEC §39.054). It is important to realize that the rules of the game were not established before Spring 2016 testing and that the Texas Education Agency has released A-F ratings eight months before the program rating system was legally scheduled to begin.

As school leaders, we oppose the A-F rating system for the following reasons:

1. The A-F rating system is unfair to the students that we serve.

Most school districts in our area serve a high percentage of economically disadvantaged students.

These students encounter educational obstacles on a daily basis -including lack of food and other basic needs that make it difficult for parents and students to prioritize education.

Quantities of research and even common sense tell us that educating children of poverty and students with English Language barriers is more difficult and more time consuming than educating affluent students.

Poverty and English Language competency are such dependable predictors of student failure that we can state assuredly, before the A-F system is implemented, that the more affluent districts will receive the highest ratings in this A-F system.*

Do you know that special education students and Gifted and Talented students take the same test with the same passing standard? Is this fair to students? Nevertheless, the state continues to rate diverse Texas districts and diverse Texas students as if they were all the same. Comparing districts without understanding the challenges and barriers each independent district must overcome is simply not fair. It is just another attempt to mislabel public education as a failure and mislead the public with false data.

2. The A-F rating system is unfair to teachers.

This system vilifies and marginalizes the tireless efforts of skilled and caring teachers, leading to poor morale and the eventual loss of our greatest teachers to districts that receive high ratings so that they can receive the respect and work environment that they are due. Is school success sustainable when it loses its best and brightest employees?

3. The A-F rating system is unfair to communities.

The final injustice of this rating system will be borne by our communities. Affluent districts that receive A's based on their economic status will continue to draw business and families that want their children to attend an "A" district. Districts with higher levels of poverty and changing demographics will be passed over, thus creating yet another unfair system designed to leave impoverished children with poorer schools and communities. Is this not just another example of discrimination against the poor and people of color?

4. The A-F rating system is based on an unfair test.

Two years ago, House Bill743 required the Texas Education Agency to conduct a reliability and validity study of the STAAR exam used in the A-F rating system before the next test administration. Not only did TEA fail to comply, a summary of the analysis concluded that the test was reliable and valid but not aligned with the state curriculum. In other words, the test questions did not measure what the students were taught that year!** Nevertheless, the state will use this questionable test as the primary way to identify and label school districts.

The greatest irony of the entire A·F rating system is that it has been generated by a state government that scores an "F'' on every national report card with regard to school finance.***

It is time for schools and the communities that they represent to cry "Foul". It is time for the State of Texas to realize that a sense of fairness is the basis of human cooperation AND unfairness, or discrimination, is the basis of most human conflict. It is time for our government leaders to treat public schools fairly and stop demonizing them in the name of politics and profit. Most importantly, it is time for communities to let the state legislature know their wishes for 1b.W schools: a fair accountability system and the resources needed to support education for all.