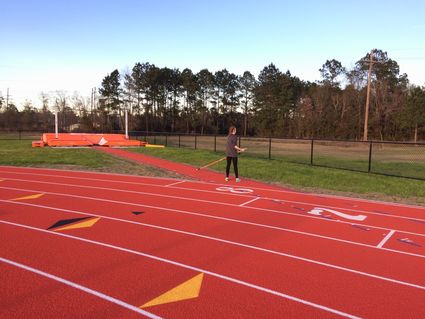 Bring back the Bobcat Relays.

That’s the message at Orangefield, where a completely new track and field complex is open for business.

“The kids are already using it and next year, we’ll restart the Bobcat Relays.”

Orangefield hasn’t held a track meet in about a decade, the two men agreed. The old track’s asphalt-based surface was pitted and its unyielding base layer was all that remained in some spots.

“it was important for us to get a quality track out there for those young men and women to train on,” Smalley said. “When you’re running a lot on asphalt and concrete you start to get a lot of injuries, shin splints and things like that.

“They shouldn’t have to be dealing with that anymore.”

But Smalley pointed out it’s not just students who use the track.

“It’s one of the most used facilities in our school district by the time you think how many people go out there and run and jog on it on the weekends, or after work at night,” he said.

“Obviously all of our athletes and non-athletes are out there on it, too. So it’s very well-used. It was important to the community that we get a track out there.

“This is a big deal. They’ve got a $1 million project out there to be proud of.” 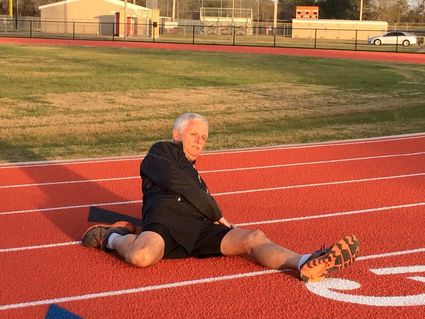 “That $1.2 million was all-inclusive,” Ousley said. “It wasn’t paid for by bond, but out of district funds.

“It’s a complete upgrade,” he said. “We have a top-notch track facility with all the field event areas relocated and centralized around the track. It makes it easier for kids and spectators to go from one area to another.”

New grandstands and lighting updates are in the long-term plans.