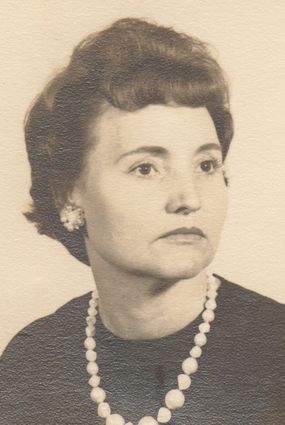 Funeral services will be 2:00 PM, Tuesday, March 14, 2017, at Claybar Funeral Home in Orange. Officiating will be Pastor Russell Duplantis. Burial will follow at Wilkinson Cemetery in Orange.

Born in Orangefield, Texas, on November 29, 1923, she was the daughter of James Madison Waldrep and Eula Vashti Butler. Willie Mae was the Valedictorian for the Orangefield High School 1940 graduating class. She received her Masters Degree with honors in education from Lamar University and taught 4th and 5th grade at Orangefield ISD for many years. She also was owner and operator of Granger’s Seafood and Steakhouse in Bridge City. Willie Mae enjoyed quilting, working in her flower beds, cooking for her family, and designing and sewing dresses for her granddaughters.

She was preceded in death by her daughter, Beverly Ann Hanks; her sister, Bernice Granger; and the father of her children, Bob Hanks.