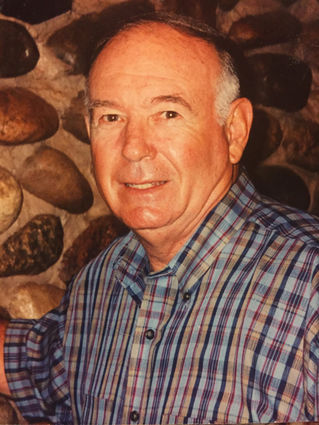 Charles Robert (C.R.) Fleming went to be with his Lord and Savior on August 31, 2017, surrounded by his wife and children. C.R. was born on February 8, 1938, in Rodessa, Louisiana. He was the son of Norman Fleming and Ollie Jane Davenport Fleming.

He was a member of the first graduating class of Bridge City High School in 1957 where he was an all-district basketball player and was voted Best All Around by his senior class. He retired from Printpack in Orange, Texas in 2002 after forty-three years of service. He was the first employee hired at the Orange, Texas plant when it started as Crown Zellerbach. During his time there he was a supervisor in the Production, Warehouse, and Maintenance Departments as well as the Safety Coordinator.

C.R. loved to hunt, fish, and build things. There was nothing he could not do. He was an amazing husband and father, and he was completely devoted to his wife Ann and his children. He coached little league for his son and daughter and faithfully attended every sporting event or endeavor they undertook. He built five incredible rock walls and four homes for his wife and children. He was lovingly known as Papa C by his grandchildren. C. R. was also a member of Community Church in Orange.

He was preceded in death by his parents, Norman and Ollie Jane Fleming; and his brother, James Fleming.

Funeral services will be held at 2:00 p.m., Sunday, September 10, 2017, at Claybar Funeral Home in Bridge City with burial following at Hillcrest Memorial Gardens. Officiating will be Reverend Bill Collier.

Visitation will be preceding the service beginning at 12:00 p.m.