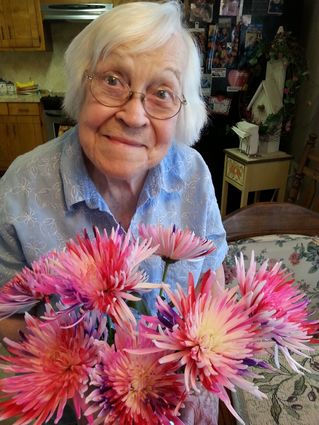 Mattie Lou graduated from Thomas Jefferson High School in 1935 and then Port Arthur College where she met Willie B. Huckabay.

They married when he returned from WWII. She worked as a switchboard operator at the Texas Company and Fred Millers in Port Arthur where she worked for a dollar a day.

Mattie Lou was an active member of First Baptist Church in Bridge City where she enjoyed planning the annual Christmas party for the Golden Harvest senior group.

She was well known for her humor, wit and creativity.

She was an exceptional seamstress and enjoyed writing poetry.

A visitation for family and friends will begin at 10:00 a.m., Thursday, September 28, 2017 at Levingston Funeral Home in Groves followed by the funeral service at 11:00 a.m.

Burial will be at Oak Bluff Memorial Park in Port Neches.