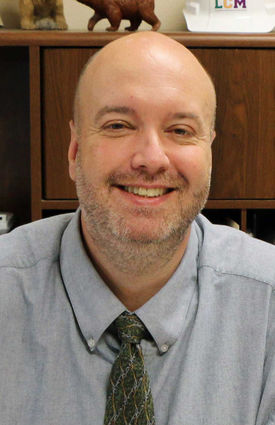 Good news was the order at this month’s meeting of the Little Cypress-Mauriceville school board. It was wrapped around this distasteful nugget: Damage to school district buildings and materials from Tropical Storm Harvey is estimated at $68 million.

The good news on that front is the Federal Emergency Management Association (FEMA) is supposed to reimburse the district for 90 percent of the costs.

But maybe the best news for a district that is only operating after the country’s worst-ever rainfall event because it came up with a half-day plan for all grades is that the youngest students, those in pre-K through 5th grade, will go back to full-day classes by the end of the month.

The pre-K through 3rd grade youngsters had been attending half days at North Orange Baptist Church but should begin attending full-day classes at Little Cypress Junior High soon.

The least damaged of the four schools flooded by the storm, LCJH is expected to re-open without fullly replacing all the walls, Perry said.

Students in 4th and 5th grades had been attending half days at Little Cypress Intermediate but they’ll start attending full days.

Students in grades 6 through 12 will continue on the current half-day schedule at the high school campus.

Perry said that portable buildings are being sought as a short-term solution at the Mauriceville Elementary and Mauriceville Middle School, where the damage was most severe.

“At one time, we thought we had a deadline of Feb. 1 [for ending half-day classes], but now they say we keep the waivers through the end of the year,” Perry said.

“The kids love it, the teachers love it.”

“North Orange has been wonderful,” she said. “I cannot say enough nice things about how supportive they’ve been.”

Senior Chandler Barr was saluted for being named a semifinalist for the 2018 National Merit Scholarship competition.

Near the end, the board approved a new school calendar that will have the school year ending one day later than originally planned, on June 1, with graduation now set for June 2.

Christmas break was shortened by a day and some early-release days were extended.

Then Hargrove offered the best news of all:

“The kids do continue to do well. And they are happy,” she said. “The first few days were definitely chaotic but they’re finding their way.

“I appreciate the community. I know it’s been really hard trying to get children back and forth in the middle of the day.

“The teachers are the ones out there making it work with our kiddoes. Thank y’all to the staff.

“I had a student at the high school tell me this one day:

“This is chaotic. It’s the most chaotic situation I’ve ever been in, and it is wonderful.”