Cajun culture and the old battery radio that brought baseball

Our entertainment center changed my life, and maybe, helped make me who I am today.

When the French-speaking people of Nova Scotia were banished from their homes, those that didn’t die at sea or were sold on the slave blocks, made their way to Louisiana. They wove their way down the Ohio and Mississippi Rivers and floated the bayous into South Louisiana, where they had heard people from France lived. They banded together, after arriving 6,000 strong, in order to carve out a place of existence and a new home. Because of necessity, a new language was born, a mixture of French, Spanish, Indian and other concoctions. A unique language spoken no where else in the world.

Through necessity, customs were developed for survival. Many of today’s Cajun dishes were developed from the game or seafood that was available in the area. They also mixed a combination of ingredients with the foods of other cultures. Example: The gumbo came from the Indians and so did the uses of spices. They also perfected dishes that fed the most, with the least.

As a child, I never realized I was part of a different culture, an intriguing, ethnic group. My Grandma, Avelia, and people like her, never asked for more than a mere living, to be left alone to worship as they pleased and to speak as they chose. My generation started the downfall of the only culture of its kind. We are probably the last generation to see the Cajun culture of South Louisiana in full bloom. Some of the traditions and Cajun dishes will be passed down and last through time, but for the most part, it will become a culture that once existed.

The language caught a disease years ago, about the time I started school. French/Cajun speaking was forbidden in the classrooms and school grounds. It was an attempt at upgrading the Cajuns. We were told we were generally looked down on. Even though the language has suffered the most, the culture and customs are showing measurable decline. Cajun food has become widely accepted around the country, so some of the Cajun dishes will likely be around forever. I can see, however, the unique culture I was raised in is approaching sunset.

The radio came into our lives in the late 1930s and it had a lot to do with leaving pure Cajun behind. I learned to speak better English because of that old radio. Someone had thrown away an old battery radio and Uncle Tee-Dan, who could fix anything, fixed it, and gave it to us. It became the first and only radio we ever had. It brought many hours of entertainment. Mom and I would go from our one-room house to Grandma Avalia’s larger, three-room house, to listen to different radio programs.

I recall the old Syrup’s Opera from Shreveport each morning, and at noon, we caught 30-minutes of Bob Wills and the Light Crust Dough Boys. I remember President Roosevelt’s ‘Fireside Chats’ and on Saturday night, The Grand Old Opry. We listened to several Cajun programs, ‘Happy Fats,’ from Rayne, Cousin ‘Dud’ Dudley J. LeBlanc, whose program aired in half English and half French on Sunday.

Country and Western music didn’t come to South Louisiana until around 1940.

The first English song I learned was ‘You Are My Sunshine,’ by Gov. Jimmie Davis.

I enjoyed other stars because their songs told a story.

I daydreamed and placed myself in some of the parts.

Even though Jimmy Rogers, ‘The Singing Brakeman’ was gone, his music lived on.

He sang of railroads and I lived next to one, the tracks an integral part of my life.

There were also others that came along like Roy Acuff, Bill Munroe, The Carter Family, with Mama Maybelle, Red Foley, Ernest Tubb, Floyd Tillman, The Sons of the Pioneers, Gene Autry, Roy Rogers, Luke ‘The Drifter’ Hank Williams, Wayne Rainey and a slew of others.

Yes, that old radio was the only entertainment center my poor family had. We didn’t have any services like lights, indoor plumbing and such, so we loved our radio. Sometimes reception was awfully weak. We had a long ground wire on the radio that ran out the window and was twisted around an iron stake in the ground. We sat real close to the radio and often had to hold the ground wire, so that the volume would go up enough for us to hear. I was the interpreter, explaining in French to Grandma, what was happening on the English radio.

Things were hard for us, my grandfather Nelson died in 1938, my Dad had flown the coupe, and we scratched out any existence, often with little food, ragged clothes and no shoes.

We did what work was available to make a dime.

Uncle Tee-Dan helped me develop an interest in baseball.

He managed a team in the Tech League and, when I was a teenager, he arranged for me to become the public address, game announcer for Abbeville in the Evangeline League.

I got to meet young players, who went on to the major leagues.

That’s another story, however.

Long before that, he and I would listen to the baseball games on the radio.

He was a newspaperman at the Abbeville Memorial and taught me how to read the box scores.

The New York Yankees dominated the last half of the 1930s, but the first World Series I really remember was 1940, between the Cincinnati Reds and the Detroit Tigers.

The Reds won four games to three, for the first National League win in several years.

The Reds had ace pitcher Bucky Walters and the Tigers depended on BoBo Newson, who pitched game 6 and 7, with only a one-day rest.

In 1941, the Yankees, led by Joe DiMaggio, who had a 56 game hitting steak, beat the Brooklyn Dodger’s four games to one.

However, Dan and my big year came in 1942 when our St. Louis Cardinals beat the Yankees in five games.

Our favorite player, Stan ‘The Man’ Musial, joined the Cardinals in 1941 and played until 1963.

He and the Cardinals won the World Series three times.

For 25 years, before and after television, I listened to the World Series on radio. Some of the great series that stand out are the 1946 series, won by the St. Louis Cards over the Boston Red Sox in seven games; the 1947 Yankee win over the Brooklyn Dodgers in seven games; and the 1952 and 1953 series when the Yankees beat Dodgers, 4-3 and 4-2. The best series I remember was in 1956, when the Yanks won over the Dodgers in seven games. I stayed glued to the radio when St. Louis beat the Yankees four games to three in 1964. St. Louis came back in 1967 to beat the Boston Red Sox in seven games. Stan was gone for both series.

The 1951 playoff game between the New York Giants and the Dodgers, in my mind is still the most exciting.

Coach Ramsey let us delay football practice to listen to the game in the locker room.

That was before playoff games were held for league pennants, unless the regular season ended in a tie.

The Dodgers took a 4-1 lead into the bottom of the ninth, with bases loaded, two out, Bobby Thomson, a native of Glasgow, Scotland, hit the shot heard ‘Round the World,’ giving the Giants a 5-4 win.

The ‘shot’ is the most famous in baseball history.

Rookie, Willie Mays, was on deck.

He went on to hit many homers in his career, but this day belonged to Bobby.

I turned to watching the series on television in the mid 60s, even though I still listen constantly to radio, a small tinny-sounding one on AM, that drives every one around me buggy. Sounds good to me. At least I don’t have to hold the ground wire and I don’t want to get too far from my roots. 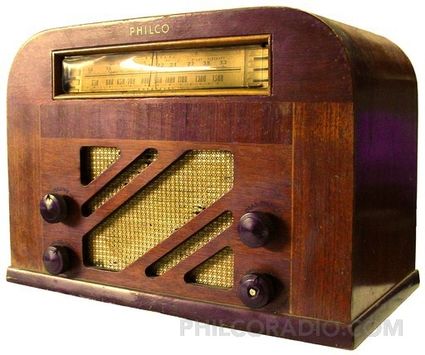 The great announcers painted the picture and you could see the action in your mind and forgot you weren’t at the game. A painted picture, by a great broadcaster, stays in your mind long after a visual picture has escaped. I’m thankful, even today, for our long ago entertainment center, a once broken, old battery radio that carried a poor family through hard times.

Fast forward to the year 2017. I watched all seven games of the American League playoffs. The Houston Astros beat the New York Yankees in the seventh game to advance to the World Series against the LA Dodgers. Pitcher Justin Verlander, who pitched two great winning games, was named MVP but there were many young heroes. One of the biggest thrills was watching the Astros in the 2005 World Series with my three grandsons, now grown and gone. I hope to be able to watch some of the World Series with my old buddy, 93 year old “Neighbor” Cox. We are both Astro fans and it would be great, after our long baseball journey since the battery radio, to witness the Astros become world champions.