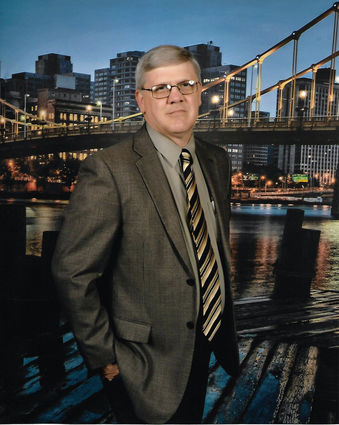 Kenneth Luce, one of the first county employees to quit after Stephen Brint Carlton took over as Orange County Judge, has signed up to run against him.

“Orange County is lacking growth,” he said. “Our economic development is not working. We have not had any real significant growth in this area.

“We can’t continue to spend money if we don’t have a good tax base.”

Luce was the county’s Deputy Emergency Management Coordinator when Carlton was elected in November 2014 but said he resigned after Carlton hired Ryan Peabody to be his boss in 2015.

Carlton fired Peabody in July of 2016. In all, Carlton has hired four Emergency Management Coordinators since taking office less than three years ago.

Luce was one of two Republican candidates to register in the past week for the 2018 election.

Parkhurst, who is seeking the 260th District Court bench being vacated by Judge Buddie Hahn because of age limits, is so far running unopposed in the Nov. 6, 2018 general election.

Luce will take on Carlton in the March 6, 2018 GOP primary to determine the Republican candidate for November.

Another who has earlier announced he would run in the GOP primary is Pinehurst Mayor Pete Runnels, a former county judge.

Runnels has not turned in the paperwork and filing fees, Covey said.

Candidates in both parties have until Dec. 11 to register for next year’s elections.

No Democratic candidates had filed as of Tuesday, but former Orange city council member Deborah Mitchell said she would file Wednesday to run for County Commissioner, Precinct 2.

Mitchell has stepped down as County Democratic Chair, she said. John Baker has taken over.

Mitchell, who doesn’t expect to draw a Democratic opponent, pointed out she won’t have to start campaigning for a while with her election almost a year away.

Carlton and Burton were among seven incumbents to register for the 2018 election with Covey a week ago.

Besides Beauchamp, others running as Republicans are Vidor Mayor Robert Viator, seeking the Commissioner, Precinct 4 seat, and Orangefield teacher Chad Jenkins, seeking the JP-Precinct 2 seat being vacated by a retiring Judge Derry Dunn.

County Commissioner for Precinct 4 Jody Crump has indicated he will be seeking a third four-year term in 2018 but has not yet filed, Covey said.

Luce said he’s opposed to both FM 299, the so-called Vidor Loop, and the proposed Orange County Hospital District, for the reason that both would add a tax burden on citizens, he said.

Carlton has not come out for or against either proposal. The County has not obligated itself to spend a penny on the Loop and it hasn’t been on Commissioners’ Court agenda since before Tropical Storm Harvey in August.

The Hospital District will be voted on by Orange County citizens Dec. 19. County officials are not allowed to take a stand on the citizens’ petition that put the matter on the ballot.

“Once again, that’s going to burden the taxpayers. We as Orange County citizens cannot bear a $20 million debt. We can’t do it.

“And I know the hot topic right now is a hospital district. I’m a firefighter and I also do EMS. I know that a close hospital can make a difference between life and death.

“But we had a hospital in Orange and it failed twice. If Orange Memorial and Baptist Hospital could not sustain, why do you think another hospital can sustain?

“All it’s going to do is put another tax burden on the citizens.”

And then, Luce said, there was Tropical Storm Harvey.

“And we’ve been hit by the storm,” he said. “A lot of people are out of their homes and aren’t moving back.

“We’ve lost a lot of revenue. How much more can we take?

“We’ve got to start drawing our people back in, but we’re not going to do that with more taxes.”

Luce is currently a marine security supervisor at the Chenier plant in Cameron Parish. He is a 35-year firefighter, working with Orange County Emergency Services District 1, the Vidor Volunteer Fire Department, and is a certified emergency medical technician

A graduate of Vidor High and Lamar Tech, he worked for the Orange County Sheriff’s Office before joining the Emergency Management department.

“Progress without change is impossible,” Luce said. “We need to change the way we’re doing things.