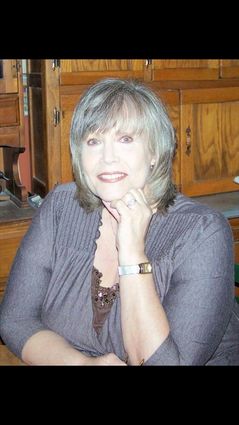 Officiating will be Reverend Stephen Hudnall and Reverend Felix Hudnall.

Visitation will be at 6 p.m.

Born in Borger, Texas, on August 5, 1946, she was the daughter of Hirman D. Hinson and Betty Jo (Prince) Hinson.

Her final and most treasured career was a Christian counselor.

Patricia was a member of Oak Grove Tabernacle in Orange, where her very special niece Kirsten sings and Kirsten’s husband Stephen is the pastor.

Her primary interest in life was serving God and taking care of and loving her children, their spouses, grandchildren, nieces and nephews.

She was a wonderful big sister to her precious sisters, “Punkin” and “Kitten”.

Patricia had many extraordinary hobbies.

She was an extremely gifted writer and wrote many Christian self-help books, childrens books and even a novel.

She was a mesmerizing storyteller, an avid swimmer and loved camping in her younger years.

She was a talented artist who liked to paint with oils and all kinds of crafts.

She was preceded in death by her parents, Hirman D. Hinson and Betty Jo Hinson.

The honorary pallbearers will be Kyle Oldbury, Paul Hasty, and Pete Saenz.