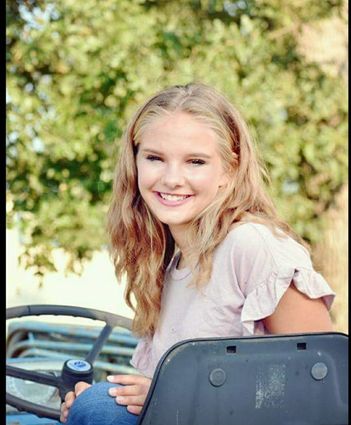 the Orange County Sheriff’s Office responded to the 4000 block of Lemonville Lane in the Mauriceville area regarding a runaway.

Tammy Cox reported that her daughter, Heaven Ray Cox, had apparently run away.

Mrs. Cox stated it was not unusual for her daughter to sleep late but when she went into Heaven’s bedroom to check on her, she found Heaven was not in the room.

As in any case, the Orange County Sheriff’s Office is taking this very serious and is checking all leads that may give our office knowledge of Heaven’s whereabouts.

We are aware of various social media posts claiming Heaven may be in the company of someone she met online.

Investigators are working diligently to verify and confirm this information and will actively pursue leads as they come available.

Orange County Sheriff’s Office has also reached out to other agencies and organizations to assist in locating Heaven.

Heaven is a 15 years old white female with brown eyes and blonde hair cut past her shoulders.

She stands 5 foot 3 inches tall and weighs about 113 pounds.

Heaven has a nose piercing and often wears a diamond stud on the right side of her nose.

She also occasionally wears a pair of large round rimmed, dark colored glasses.

If you have any information that could assist the Orange County Sheriff’s Office in locating Heaven Cox, call our office at 409-883-2612 or callers that wish to remain anonymous can contact Crime Stoppers at 409-833-TIPS (8477) or 833TIPS.com.