My name is Dean Crooks and I am pleased to announce my candidacy for County Judge. I was born in Oklahoma City, Ok. but got to Texas as quickly as possible. As young child, I lived in Galveston with my parents, brothers, and sisters. Our family moved to Port Arthur in 1976 where I was raised and graduated from Thomas Jefferson in 1988.

After graduation, I joined the U.S. Army and served as an intelligence analyst. I was stationed in Korea before earning a transfer to the National Security Agency. While there, I earned the Joint Services Achievement Medal for coordinating intelligence assets between the Army, Air Force, Navy, and Marine Corps as well as civilian resources. I completed 4 years of active duty and 4 years in the inactive reserve and earned an honorable discharge from the Army.

After working briefly as a contract manager for a drug company in Beaumont, I enrolled in the Lamar University Corrections Academy held in conjunction with the Jefferson County Sheriff's Department. After successfully completing this I received a call to apply at the City of Beaumont Police Department.

I was hired in January of 1993 and successfully completed the police academy.

I worked in patrol, the criminal investigation division, and briefly in narcotics.

I was a field training officer before being promoted to sergeant in 2003.

I worked as a patrol sergeant and detective.

I was promoted to lieutenant in 2011.

I served as a watch commander and as the commander of the property crimes unit for Beaumont.

I also served in the Emergency Operations Center for the City of Beaumont in several different capacities over the years.

I was in charge of budgets and payroll in the police department and in charge of the finance division of the EOC. At different times I worked with every agency in our area including fire, EMS, the DA's Office, as well as State and Federal agencies.

I retired honorably from the Beaumont Police Department on December 31st, 2015.

My wife and I moved to Orange County in 1994 and, after 23 years, we still live in that same house today with our two children. I would like to use what skills I have accumulated over the years to help my community and neighbors.

It is my fervent belief that the Orange County Commissioner’s Court is answerable to the citizens of Orange County, not the other way around.

Further, it is imperative that the court work with the citizens and listen to their concerns and feedback before making decisions that impact them.

If elected to the position of County Judge it will be my primary mission to ensure that your public officials are and shall always be accountable to the people of Orange County.

This is not just morally correct but it is practical as well.

No member of the Commissioner’s Court nor the Court as a whole, is as intelligent or resourceful as the rest of Orange County.

To disregard the input from the citizens of our county not only ignores the wisdom of our founding fathers and the representative form of government they established, but it is also exceedingly arrogant and foolish.

Further, I believe in transparency and honesty relating the issues to the people.

Unless prohibited by law, all of the commissioner’s court deliberations and actions should be as public as possible and allow for truly considered input from the citizens of this county.

No one addressing the court should be derided or dismissed out of hand.

Although it is impossible to please everyone all of the time, I believe that great improvement can be made in how the court handles their business with citizens and county employees.

With that in mind, please consider the following: If elected to county judge, I would propose, in the public forum, a measure to reduce the pay for the Orange County Judge and four County Commissioners to the levels they were prior to the raise which was ratified during hurricane “Harvey”.

In addition, I would propose a measure henceforth isolate any proposed raise for the positions of County Judge and/or County Commissioner from any other matter being considered by the Orange County Commissioner’s Court. Further, a vote in favor of a raise for any of these positions will not directly result in a raise but will instead, merely place the request for a raise on the next general election ballot for consideration by the voters of Orange County. 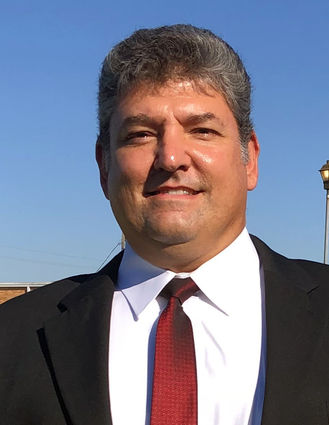 I would also like to reinstate the vacation and retiree insurance benefits for county employees to the levels they were before the reductions that were made in 2016-2017.

Although this is by no means a complete list, I hope this gives the citizens of Orange County an introduction into what my approach to county government would be.

I would end by saying that would not consider a tax increase to pay for any proposals put forward by the commissioner’s court nor do I believe that we should add any new taxes or taxing entities in this county.