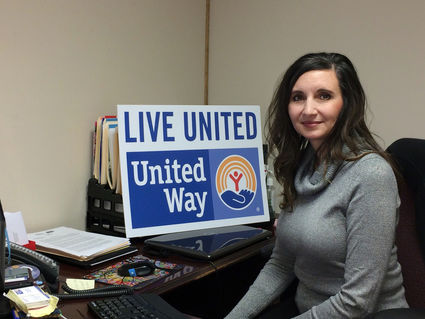 It would be fair to say that Maureen McAllister’s first year as director of United Way of Orange County is ending with a bang.

Then they named McAllister, who came over from Sabine Federal Credit Union last January, Citizen of Year.

“I was shocked, very surprised,” she said Tuesday. “I’ve been involved in Chambers for years and I’ve been to banquets, and I’ve seen other people be recognized.

“I can’t even put it into words,” she said of the awards. “I never ever expected to receive this honor.”

Not a bad rookie campaign.

“I guess I did set the bar pretty high for my first year,” she said. “I’m very excited for our organization and appreciative that we were recognized. We couldn’t do what we do without the community.”

But there’s something preventing her and the agency from taking a victory lap.

Among the victims was the United Way fundraising drive for 2018.

“It’s going to be a very tough campaign,” McAllister said. “Our pledges are not where we’d like, and agencies are counting on us.”

The United Way of Orange County supports 22 agencies annually and last year served more than 16,000 clients through its funding.

“We don’t help directly,” she said. “We work with the agencies that do.”

McAllister’s organization gets much of the money it passes on from employers’ annual United Way campaigns.

With Harvey leaving many of United Way’s usual donors displaced and overextended, McAllister said the agency was only about 60 percent of the way to its 2018 campaign goal of $825,000.

“The number [goal] is set in the spring, and that was pre-Harvey,” she said. “Our campaign runs from Labor Day through the end of November.

“Typically, what happens is people pledge what’s going to be given in 2018.”

But there’s good news to report.

“We do have some companies saying they’re going to run campaigns in January. Some others blew way past their goals – like International Paper is 25 percent above last year -- and their increases will help offset some of our losses.

“Maybe when people get back in their houses, that will help.”

McAllister says the agency, which was temporarily washed out of its office at 1506 W. Park, received nearly 400 calls in the first 10 days after the August storm.

Most were from Orange County residents seeking food and water and other immediate needs.

“But also we got a lot of calls from out of the area, people collecting items and hosting fundraisers, a lot of people reaching out with assistance.”

McAllister said the supplies coming to United Way from out of town were first sorted and distributed at the Salvation Army. Then local businessman Ross Smith offered warehouse space.

“The power was out, stores were closed, and we concentrated on immediate needs like food,” McAllister said.

“Once the power was back on and things were kind of back to normal, we had to shift and say, ‘Let’s get some money coming back into Orange.’

“We want all the help for Orange County we can get.”

The Chamber banquet recognized International Paper as the business winner of the Community Service Award. Kim Dickerson was named Ambassador of the Year.

Tad McKee of the Stark Foundation was welcomed as new director of the Chamber, beginning Jan. 1.