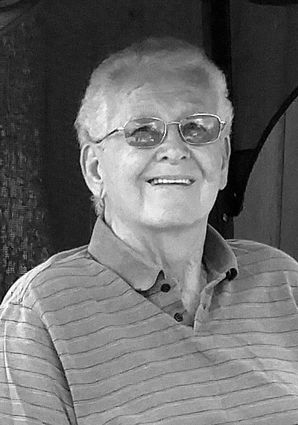 Our loss became Heaven's gain when Marvin Lee Potter, age 75, went Home to be with his Savior, Whom he loved so much.

Marvin passed into Jesus' arms on Sunday, (his favorite day of the week) December 17, 2017 at MD Anderson Hospital in Houston, TX. He was born in Galveston, TX in 1942, but he made Orange, TX his home.

Marvin was one-of-a-kind and never met a stranger.

He was a hard worker and was always willing and eager to help his fellow man.

He had a kind heart, a gentle spirit, unending patience, and a loving & giving nature.

He was a man of honor and integrity, and even in his last days, he longed to bring glory to His Savior.

When you met Marvin once, he touched your heart forever.

Marvin was an accomplished long-distance runner and boxer in his younger years, and he never lost his love for boxing.

He enjoyed teaching his sons and grandsons different boxing techniques and could often be seen practicing his boxing moves while out on walks.

Marvin was a car enthusiast, and he was known for having a sparkling clean truck at all times.

You could always sense the joy in Marvin's soul by the sound of his singing voice filling the air.

After meeting and marrying Elsie, the love of his life, he spent many years working as an insulator.

As an insulator, he was blessed to see many parts of the country and met many life-long friends, whom he deeply respected and loved.

In his later years, he and his wife opened several successful second-hand shops in Orange, which he greatly enjoyed until his retirement in 2004.

Even after retirement, Marvin stayed very active and enjoyed building things....even climbing a large tree and building a treehouse for his grandson at age 73.

Fishing and crabbing were favored activities that he loved to share with his grandsons.

Though Marvin had many reasons to celebrate throughout his lifetime, his greatest reason for celebration was when he accepted Jesus as his Savior at the age of 50.Marvin was the son of Samuel and Dorothy Potter, both of whom preceded him in death.

He was also preceded in death by his brothers, Walter Potter and Allen Potter, his sister, Jeannette Cunningham, his step-father, Claude Reese, his mother-in-law, Mildred Seago, and his father-in-law, Lonzo Seago.

Marvin is survived by his wife of 55 years, Elsie Seago-Potter.

He is also survived by his brothers, Raymond Potter of Anacortes, Washington and Joe Potter of Lafayette, Louisiana.

Marvin was blessed to have been survived by 10 great-grandchildren, numerous nieces & nephews, and many other extended family members and friends.

All are invited to a celebration of Marvin's life that will be held on Saturday, December 30, 2017 at Faith Baptist Church in Vidor, TX at 10:00 a.m.

Officiating will be his son-in-law, Reverend Chris Adkins.

This is not a funeral, but a celebration of Marvin's life, so please feel free to dress casually.

Cremation is under the direction of Integrity Funeral Care in Houston, TX.

Two truths of which Marvin was well aware and would want everyone to know are as follows: "For everyone has sinned; we all fall short of God's glorious standard. Yet God, in His grace, freely makes us right in His sight. He did this through Christ Jesus when He freed us from the penalty of our sins."

"No eye has seen, no ear has heard, and no mind has imagined what God has prepared for those who love Him."