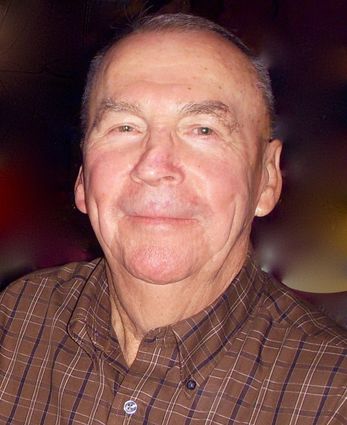 at St. Elizabeth Hospital with his family and friends by his side.

Bobby was born on December 10, 1937 in Springfield Missouri to his loving parents, Bob and Gladys (Bodenhamer) Tuter.

In 1948 he relocated with his family to Orange, Texas where his dad worked as a Supervisor for U.S. Steel.

Orange became the place where Bobby planted his roots and grew up to start a family of his own.

After graduating from Stark high school he joined the Marine Corp with his two best buddies Gene Shepherd and Francis Tucker and they still remain friends to this day.

He then went on to work for Texaco Chemical in Port Neches for over 35 years before retiring.

In his early years with the company he attended night school at Lamar and trained to become an instrument technician.

During that time, he met another longtime friend named Ricky Libersat who he loved to talk politics and many other subjects with even though they rarely agreed.

After moving to Toledo Bend, Bobby often talked about how he was living his dream of drinking coffee on the back porch, looking out on the lake while watching the sun rise and set.

Anyone who knew Bobby knew he had a great sense of humor.

He loved to poke fun and always kept everyone laughing.

Bobby may not have realized it, but he was also a great teacher, whether it be through the experiences he showed his family during their many travels or by giving them his advice on how to best plan for the future.

His family will forever cherish the long talks they would have and the time he always took to spend with each of them.

A visitation will be held at Claybar Funeral Home in Orange from 5:00 until 8:00 pm on Thursday, January 25.

At 6:30, the family would like to share memories of their fondest times with Bobby and they encourage anyone who wishes to please share their stories as well.

This can be done at the podium, from their seat or one on one with the family.

Bobby will be laid to rest at the Hillcrest Cemetery in Orange at a later date with his immediate family.

A special thank you goes out to all who took care of Bobby and his family at St. Elizabeth Hospital.

They were so patient and supportive, sympathetic to the family’s needs and went above and beyond to make those last precious moments possible.

The family would also like to thank all of the extended family and friends for being there during their time of need.