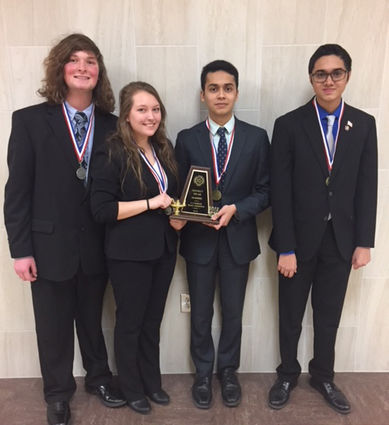 Two Little Cypress-Mauriceville High School teams took the 22 4-A District Championship in Cross-Ex Debate on February 3, taking First and Second places in the competition. The team ofAman Tejani andAkhil Tejani took First and were undefeated all day, winning the championship with a record of 4-0. In their final debate before a panel of judges, the vote was 3-0 in favor of Team Tejani. Chaz Hill andAdrienneNorris won Second in the tournament. Both LCM teams will advance to the UIL State CX tournament in March.