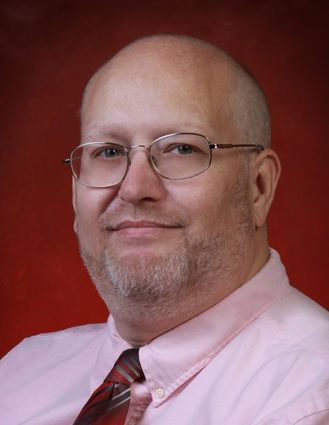 “They’ve decided to play politics because somebody doesn’t like me. They want to get me off the ticket,” he said Tuesday.

Brown’s attorney, Mynor E. Rodriguez of Houston, sent a cease-and-desist letter to Orange County Democratic Party chairman John Baker over the weekend, threatening “immediate litigation” will follow “any attempt [to] strip Mr. Donald Brown of his right to be on the ballot.”

Brown’s name will appear, unopposed, on the ballot for the March 6 Democratic Primary in Orange County, for which early voting begins Tuesday, Feb. 20.

The ballots had already been printed by Jan. 24, when the Orange County Democratic Party announced it was declaring Brown’s application for a spot on the ballot “not valid under the Texas Election Code.”

The news release, written and emailed to media outlets by County Party Secretary Michael Cole, said Brown “will be marked ineligible for the November general election.”

The problem, Cole said, was Brown’s check for his filing fee bounced.

He said that he, in effect, had stopped payment on the check to avoid the occurrence of a felony crime.

He explained that shortly after giving Cole his filing fee on Dec. 11, the final day to file, he discovered he had mistakenly used a check from a business account to pay his fee.

“Using a corporate check [for the filing fee] is a felony in the state of Texas,” Brown said.

Brown said he immediately informed Cole of the mistake and asked to replace the check with one written from personal funds.

“He told me to get with John Baker and swap it out,” Brown said. “John wasn’t in town. And for 38 days, he held the check, then deposited it without letting me know.

“I told my bank not to honor it, because Michael and John would’ve been involved in a felony.

“The same people I was trying to protect are putting me out in the cold.”

Now, Brown and his attorney insist that because Brown was certified as a candidate by Baker and his name is already on the primary ballots, that the only legal challenge that can be made to Brown’s place on the November ballot is his eligibility.

Those criteria are fundamental requirements such as being a U.S. citizen, 18 years old, a resident of the county, not a felon.

“I got the attorney not to sue, but because Michael told me if I had an attorney tell him how to fix this he would listen,” Brown said.

“He’s grasping at really big straws,” he said of Brown.

“The way I’m being told by everybody in the state party is he didn’t timely file, which trumps everything.”

Trumped or not, Brown is sad.

“This is a very frustrating and embarrassing situation,” he said. “I wish this had been handled properly.”