Tax Assessor-Collector Karen Fisher was the bearer of some really good news Tuesday afternoon at the weekly meeting of the Orange County Commissioners’ Court.

That’s the share of 2017 property tax collected through the end of January that stays with the county government in Orange after the other two dozen odd taxing entities – for example, cities, schools and navigation districts – take their cuts.

Fisher’s office of 19 employees collects taxes for all the county’s taxing entities. In all, it took in $75.9 million dollars in property taxes in the first month of the year. That’s a total collection rate of 86 percent, a huge increase from last year at this time, when the collection rate was 61 percent.

“My girls have rocked. I’m just so proud,” Fisher said.

“Everyone has worked diligently to make sure all the new car titles were issued promptly, posting the tax payments.”

Because of Hurricane Harvey, automobile registrations in the county have skyrocketed.

And while the record floods from the storm took a big bite on everyone’s pocketbooks, taxpayers had an extra incentive to pay on time this year – it’s a requirement in order to receive a federal loan from the Small Business Administration.

Commissioners joked that Auditor Pennee Schmitt should not have a cash-flow concern such as that she mentioned last week that resulted in County Engineer Clark Slacum having to delay nearly a half-million dollars of heavy equipment purchases.

Even with Fisher’s money, Slacum purchase of six trucks and equipment was delayed again.

This came after he was directed by commissioners to put the trucks up for bid in order to give local dealers a chance for a sale.

In addition to the property tax receipts, County Treasurer Christy Khoury reported that the state had sent the county $522,000 in sales tax for the month of December, 2017.

The State Comptroller notified the City of Orange of its need to reimburse Temple Inland $257,494 for overpayment of sales taxes during a period from 2008-2013.

The discrepancy was found in an audit of Temple Inland.

At its twice-monthly city council meeting, the city also passed a resolution supporting Arlanxeo USS LLC for designation as an Enterprise Project under the Texas Enterprise Zone Act. 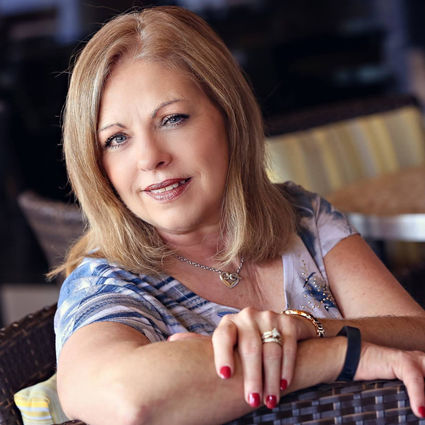 Arlanxeo is undergoing a five-year $19 million capital investment to upgrade and purchase machinery and equipment for its local plant.

This would ensure the retention of 289 jobs with an annual payroll of $33.4 million.

“This is basically a tax incentive at the state level for sales and use tax rebates,” explained Jay Trahan, assistant city manager.

“Retention of jobs and capital investment are two critical components of economic development. So many times you spend so much energy trying to attract investment, you might forget about the existing businesses that are a driving force for the community.”