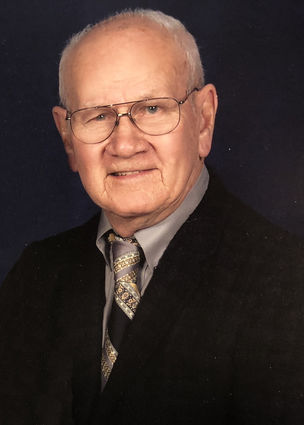 Mass of Christian Burial will be held at 10:00 a.m., Monday, February 19, 2018, at St. Henry Catholic Church in Bridge City, Texas. Officiating will be Reverend Steven Leger. Burial will follow the service at Hillcrest Memorial Gardens.

Born in Loreauville, Louisiana, on May 9, 1926, he was the son of Louis Numa DeCuir, II and Mathilda (Dugas) DeCuir. Allen worked as an electrical supervisor for Texaco in Port Arthur where he retired in 1982 after many loyal years. He proudly served his country as a Shipfitter 3c in the United States Navy during WWII and was a member of the American Legion Post 0007 of Texas. Allen and his wife, Shirley traveled with the Airstream Club for over 30 years, traveling to every state other than Minnesota and Wisconsin. He loved his family dearly and will be missed by all who knew and loved him.

He was preceded in death by his parents, Louis and Mathilda DeCuir; daughter-in-law, Judy DeCuir; brother, Louis N. DeCuir, III; and his sister, Betty Ruth Fuller.